Sunrisers Hyderabad talisman batsman Kane Williamson has provided a crucial update on his injury recovery. Williamson is hopeful that he will be fit to play within a week and he will look to hit the ground running when he gets his chance in the playing XI.

Williamson had earlier injured his elbow and thus had to miss the series against Bangladesh. The New Zealand captain has already missed the first two matches for Sunrisers Hyderabad in the ongoing Indian Premier League.

Williamson said in a video on SRH’s Twitter handle, “Recovery is going really well and you know it’s been focused to get pain free as quickly as possible, and we are certainly tracking really nicely and hoping to be fit and ready within the week.”

The flamboyant batsman is hopeful that he will be match fit very soon.

“It’s been a bit of balance between practice and rehab and sorts of things. But, for the most part, the progression has been really good. So, pretty optimistic about being close to full fitness very soon.”

Meanwhile, Kane Williamson is expected to bolster the Orange Army’s middle order. SRH have lost the first two matches due to their brittle middle-order. The David Warner-led team was in a shoo-in position in their second game against Royal Challengers Bangalore but veered off the track in the fag end of the innings as they lost seven wickets in a jiffy. Thus, Williamson will definitely add value to the team’s middle-order, which has struggled to get going in the tournament so far.

SRH will play their next match against defending champions Mumbai Indians at the MA Chidambaram Stadium, Chennai on 17th April. The Orange Army will aim to come up with a collective effort in the coming matches to register their first win of the season. 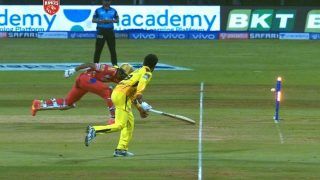