CSK won five out of their seven matches before the tournament was postponed. 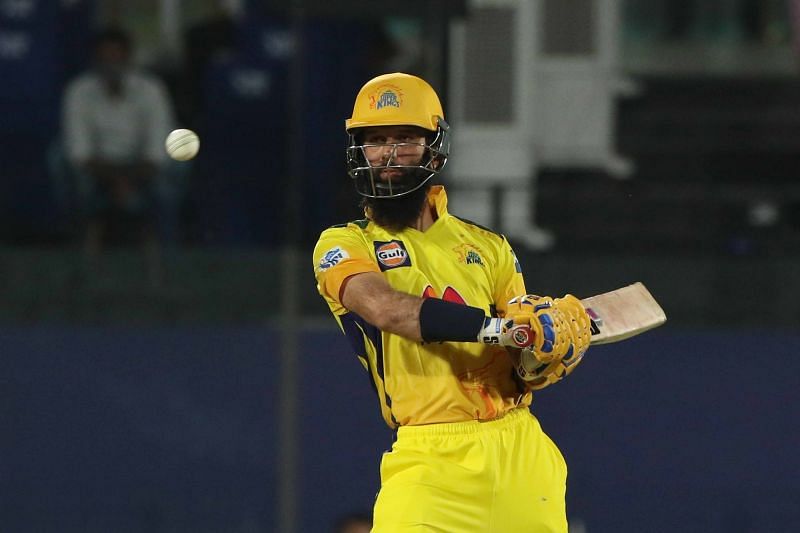 Former Indian wicket-keeper batsman Parthiv Patel believes Moeen Ali was the main game-changer for Chennai Super Kings in IPL 2021. The England all-rounder was given the responsibility to bat at number three and he was able to grab it with both hands. The left-hander was given the license to express himself and he made the most of it.

Ali was able to hit the ground running in most of the matches and played aggressively from the get-go. The southpaw scored 206 runs in six matches at an average of 34.33 and a blistering strike rate of 157.25. Chennai had struggled with the bat in IPL 2020 and Ali was able to give them solidarity at number three.

Furthermore, the off-spinner scalped five wickets in five innings and bowled with an impressive economy rate of 6.16. Thus, he delivered the goods with both bat as well as the ball. The all-rounder was roped in by CSK for a whopping amount of INR 7 crores and he was able to justify his selection with impressive performances.

“I think Moeen Ali was the main game-changer for CSK. He can open, he can bat at No.3, which he did really well. He carried on the momentum that Faf and Ruturaj gave. It was good to see him performing so well,” said Patel while talking to Star Sports.

On the other hand, Patel believes CSK came up with a collective effort. Ruturaj Gaikwad and Faf du Plessis provided good starts to the team whereas Ambati Rayudu, Suresh Raina and Ravindra Jadeja were also able to deliver with the bat.

“It was important to make a collective comeback. That is exactly what has happened with CSK. Yes, openers did very well but I think the middle order was the key. Ambati Rayudu, Suresh Raina got a fifty, Ravindra Jadeja taking the opportunity,” added Patel.

Patel also lauded CSK captain, MS Dhoni, for getting the best out of the team. CSK had finished at the seventh position in IPL 2020 as they could only manage six wins from 14 matches but they were able to turn the tables in IPL 2021 as they won five out of their seven matches, before the tournament was deferred.

“I had no doubts about it. CSK was in my top four even before the tournament started. But I thought the way MS Dhoni handled the team, was remarkable. When you have to make a comeback you need a strong captain,” said Patel.