IPL 2021 Points Table, DC vs RCB 2021 Scorecard: Check the latest points table after match no. 22 of the IPL 2021 between Delhi Capitals and Royal Challengers Bangalore and also see the IPL 2021 Orange Cap and IPL Purple Cap 2021 holders in the ongoing edition of the T20 tournament. 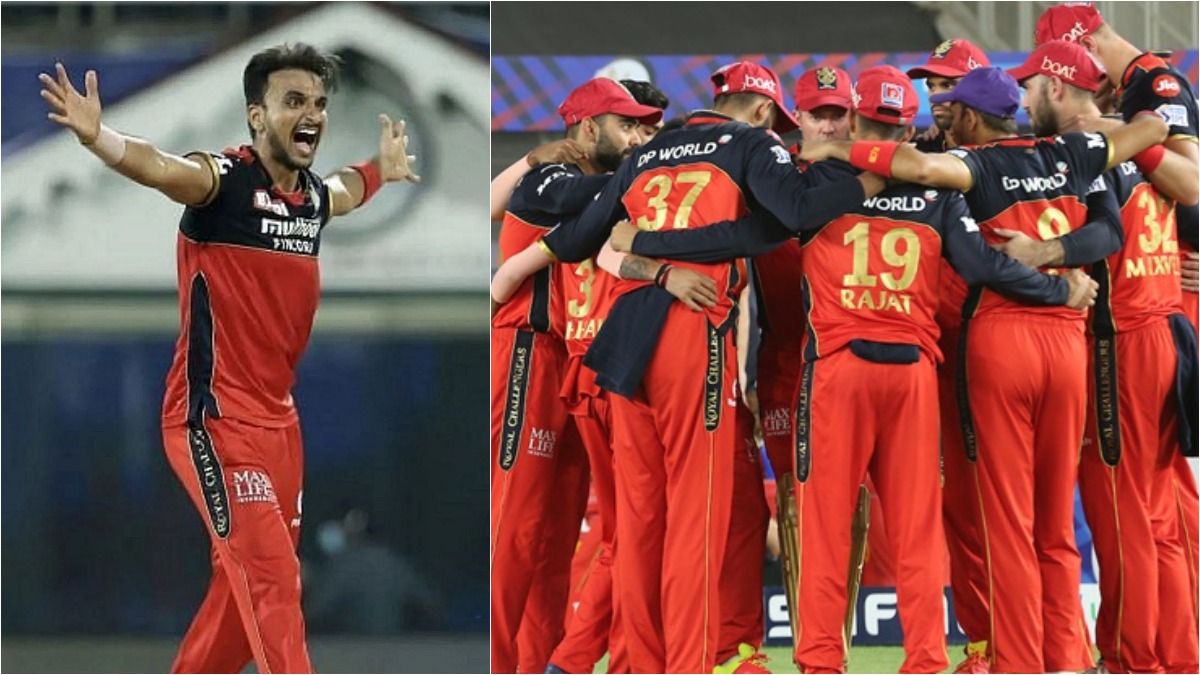 IPL 2021 Points Table Today Latest, DC vs RCB 2021 Prediction: Royal Challengers Bangalore survived an onslaught from Delhi Capitals batsmen Shimron Hetmyer – 53 not out off 25 balls – and captain Rishabh Pant – 58 not out off 48 balls – as they won match no. 22 in IPL 2021 by one run at the Narendra Modi Stadium on Tuesday. This was Bangalore’s fifth win in six matches and put them back on top of the IPL 2021 points table. Virat Kohli’s men suffered a huge loss to Chennai Super Kings in their previous encounter that had displaced them from the top spot. On the other hand, Delhi Capitals, who incurred their second loss in six games are now at the third position. Three-time champions CSK are at the second spot of the IPL points table with four wins in five matches and a net run rate of +1.612. Defending champions Mumbai Indians are at the fourth slot with two wins and three losses in five games.

Talking about the match on Tuesday, Royal Challengers Bangalore rode on an AB de Villiers special and a solid final over from Mohammad Siraj to inflict a one-run defeat on Delhi Capitals in the IPL on Tuesday. The ever-reliable de Villiers scored an unbeaten 42-ball 75 to power RCB to 171 for five before their bowlers, led by Harshal Patel – 2/37, Mohammed Siraj – 1/44 – Kyle Jamieson – 1/32, restricted Delhi to 170 for four. Needing 14 off the final over, Delhi fell agonizingly short as Rishabh Pant’s back-to-back fours off the remaining two balls did not prove to be enough. Shimron Hetmyer – 53 not out off 25 balls – displayed some sensational hitting while batting alongside Pant – 58 not out off 48 balls – but they could not take their team over the line.

Despite a rare failure against RCB on Tuesday, Delhi Capitals opener Shikhar Dhawan continues to hold the number one spot in the IPL 2021 Orange Cap list – most runs in the tournament. Dhawan, who scored 6 off 7 balls, failed to make a substantial contribution for Delhi during the stiff chase of 172 against Royal Challengers Bangalore. The left-hander has scored 265 runs in 6 matches at an average of 44.16. He has also scored two half-centuries in IPL 2021. Meanwhile, Punjab Kings captain KL Rahul, who has scored 240 runs in 6 matches at an impressive average of 48 is at the second position. RCB’s new-recruit Glenn Maxwell climbed to the third position in the Orange Cap tally. Maxwell scored 25 runs off 20 balls against Delhi took his overall tally to 223 runs in 6 matches at an impressive strike rate of 145.75. Chennai opener Faf du Plessis is at the fourth slot with 214 runs in five games. SunRisers Hyderabad’s opener Jonny Bairstow – 211 runs in five games at an average of 52.75 – rounds off the top-5 in IPL 2021 Orange Cap tally.

Royal Challengers Bangalore all-rounder Harshal Patel – 17 wickets in six matches – strengthens his grip on the IPL 2021 Purple Cap – most wickets in the tournament. Harshal, who picked up 2/37 against Delhi Capitals on Tuesday, bowled the penultimate over of Delhi’s innings that made the difference in the outcome of the match. Meanwhile, Delhi Capitals pacer Avesh Khan who has 12 wickets in six matches at an average of 13.41 holds the second position in the tally. Mumbai’s young spinner – Rahul Chahar is at the third slot in the Purple Cap list with 9 wickets in five matches. Rajasthan Royals’ new recruit Chris Morris – 9 wickets in five matches and CSK pacer Deepak Chahar – 8 wickets in five games – are at the fourth and fifth spot respectively in IPL 2021 Purple Cap list. 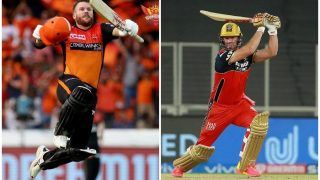