Chennai Super Kings fast bowler Shardul Thakur has revealed how legendary batsman Sachin Tendulkar’s advice has helped him in his career. Sachin has all the experience under his belt and his golden words helped Thakur in turning the tables. Thakur mostly used to be on the expensive side but he has had a great run in the last few months.

The Mumbai fast bowler scalped seven wickets in the historic Gabba Test match and scored a crucial knock of 67 runs in the first innings. Thakur has gained a lot of confidence after his epic performance and he hasn’t looked back since then.

The right-arm fast bowler ended the five-match T20I and three-match ODI series against England as the highest wicket-taker. Thakur scalped eight wickets in five T20Is at an average of 21 whereas he snared seven wickets in three ODIs at an average of 22.57. Thus, Shardul Thakur has taken giant strides in the last few months.

Thakur revealed that Sachin told him to keep practising on bowling accurate line and length and the fast bowler has been able to reap the rewards.

“I think it was just before our Ranji Trophy final or maybe we won the Ranji Trophy final and we came back fresh for another season. I was discussing something with Sachin Paaji. He was explaining to me the lines and he just went into flashback and he told me that you don’t remember I had told you about certain line and length and certain skillsets, so keep doing that. He said whenever you find time, apart from your match practice, keep practising, keep working hard. I think it has helped a lot,” Shardul Thakur recalled in a video shared by the Chennai Super Kings on their Twitter handle.

On the other hand, Shardul Thakur hasn’t had a great start to the ongoing IPL season as he has scalped three wickets in the four matches he has played at an average of 52 and he will look to turn the tables. CSK is currently playing their fifth match of the season against Royal Challengers Bangalore. 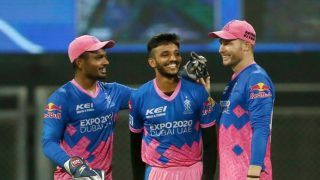 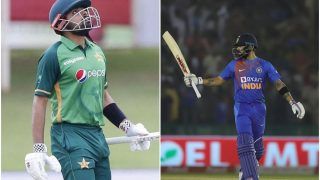