CSK vs DC: Bravo admitted he was worried about his hamstring because of the way Dhoni was pushing him for twos.

Mumbai: Dwayne Bravo and MS Dhoni have been friends for a long time and it is the IPL and the yellow that has united them every year. Time and again, both players have expressed their admiration for each other and how it helps CSK. On Sunday, Bravo admitted he was worried about his hamstring because of the way Dhoni was pushing him for twos. The West Indian cricketer walked into bat in the final over with Anrich Nortje on a hat-trick.

With Nortje on a hat-trick, Bravo says the plan was to give Dhoni the strike. He also admitted asking Dhoni to deal in boundaries.

“Well, for me it was a hat-trick ball. I wanted to make sure I get him on strike. I told him to hit boundaries, not push me for twos,” Bravo told the official broadcasters.

“I told him after the innings ‘MS, 3 balls to again (if such a situation comes again), let someone else go and run because I have to protect my hamstring’.

“But if felt good to be batting with a great. I thought it was a great professional team display, it started with Rutu and Conway. The way they set up the game with their batting (Was good) and then we finished off with the ball as well. Every game we play, we have to play like professionals and look to dominate,” he added.

With the win, Chennai keep their play-off hopes alive. CSK will next face arch-rivals Mumbai Indians on May 12. 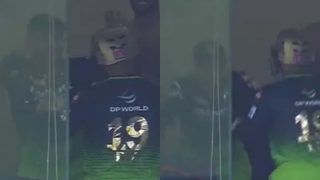 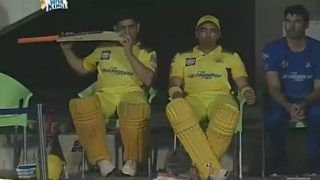