Rahul scored a gutsy knock of 79 off 58 deliveries but failed to take his side over the finishing line. New Delhi: KL Rahul sets new record in the Indian Premier League as the Lucknow Super Giants skipper becomes the first player in the cash-rich league to amass 600 plus runs in 4 different seasons.

Rahul scored a gutsy knock of 79 off 58 deliveries but failed to take his side over the finishing line.

When it comes to the all-time run-scoring list in the T20 league, the India vice-captain holds the 14th position with 3889 runs in 109 matches.

The right-handed batter also has a unique record of scoring 31 fifties and as many as 4 hundreds in 100 IPL innings. This season he has two centuries under his belt.

In the ongoing season, Rahul occupies the second position in the Orange Cap standings behind Rajasthan Royals’ Jos Buttler. The former Punjab Kings man has finished with 616 runs in just 15 matches.

West Indian superstar Chris Gayle and Delhi Capitals batter David Warner are the only two players behind KL Rahul to score 600 plus runs on three different occasions in the Indian Premier League.

(1/2) Inspiration all around me. A special first season comes to an end. Not the way we wanted, but we gave it absolutely everything till the very end.

Thank you to the LSG family. To all our support staff, team management and Dr. Goenka. pic.twitter.com/UgA1Z3ESne

(2/2) Lastly, thank you to our fans for all the love you’ve shown us over our first season. 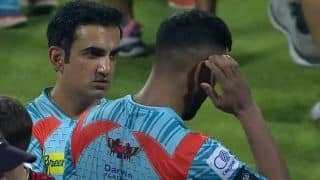 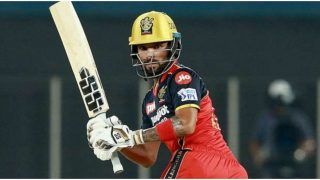