IPL 2022: Bangar put his arms around Kohli in a bid to calm him. 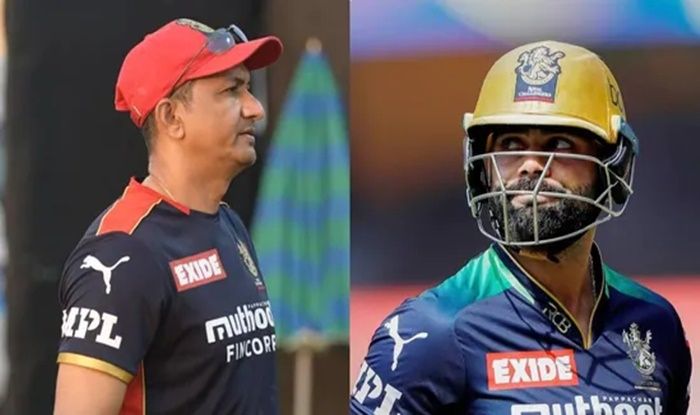 Mumbai: Virat Kohli, who sets high standards for himself, was fuming after being dismissed for yet another golden duck in IPL 2022. This was his third golden duck of the season and he could not keep a lid over his emotions after walking back to the dressing-room on Sunday. Finally, batting coach of RCB Sanjay Bangar came in to console Kohli. Bangar put his arms around Kohli in a bid to calm him.

It was Jagadeesan Suchith who got the better of the ex-India cricket captain. Kohli flicked the ball straight to mid-wicket where Kane Williamson took the catch. Here is the video where you can see Bangar’s gesture towards Kohli: 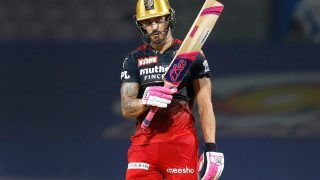 IPL 2022: Faf du Plessis Admits Contemplating Retiring Out to Get Dinesh Karthik in During SRH vs RCB