Yuvraj Singh and Dinesh Karthik were the two cricketers to fetch the highest bids.

Yuvraj Singh and Dinesh Karthik were the two cricketers to fetch the highest bids on the first day of the Indian Premier League (IPL) 2014 auction. While Yuvraj was bagged by the Royal Challengers Bangalore (RCB) for Rs 14 crore, Dinesh Karthik was sold for Rs 12.5 crore to Delhi Daredevils. Mitchell Johnson was purchased by Kings XI Punjab for Rs 6.5 crore, while Steven Smith was taken by Rajasthan Royals for Rs fou crore.

England discard Kevin Pietersen was expected to make it big in the auction this time around with his availability for the entire season being certain, and Delhi Daredevils retained him for Rs nine crore.

Here’s the list of the players with highest selling price 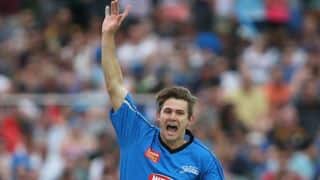