Playing alongside Dale Steyn and Ishant Sharma, Sunrisers Hyderabad (SRH) pacer Bhuvneshwar Kumar says speed is not his strength and therefore he relies on swing to get wickets. Bhuvaneshwar, who has been one of the most economical bowlers for the Sunrisers in Indian Premier League (IPL) 7, said that he enjoyed bowling both at the start and at the end of the innings.

“My strength is not pace. I rely on swing to get wickets and I continue to do it that way. I have never tried to copy others,” Kumar told PTI in an interview on Tuesday.

Asked if playing alongside Steyn and Ishant he ever feels the need to increase pace, Kumar said, “No, I don’t think so. Never looked at the other end, that my partner is working up good pace or not. I just want to bank on my strength and I do that,” he said.

Fast gaining a reputation for being one of the most economical T20 bowlers, Kumar said his mantra was simple to just stick to the basics. “It’s all about doing the little things right. It doesn’t matter what form of cricket you are playing. Just keep things simple and you will succeed. I have just concentrated on pitching the ball right and have done well so far,” the 24-year-old bowler said.

Kumar, who is relishing being part of Sunrisers Hyderabad’s pace unit led by Steyn, said it has been a learning experience for him. “There is no particular thing that I have learnt from him. It’s also not that he teaches me anything. There are many things that you just observe while watching Steyn. Just seeing him bowl is a great learning in itself,” Kumar said.

“The whole process, Steyn going to his run-up, his mindset, his strategy, his follow through, his discipline, everything is a learning in itself. And I am lucky to see him from close quarters,” he added.

Kumar said he had no preference for any format – Twenty20 (T20), One-Day Internationals (ODIs) and Test cricket. “I am here to play cricket. No preferences at all. T20, ODI, Test, I just want to perform on every stage and prove my worth as a good bowler,” Kumar said.

He said the Sunrisers Hyderabad unit was upbeat and eager to perform well as a team. Asked about how different was Shikhar Dhawan’s leadership from his India team captain MS Dhoni, Kumar said everybody has a different style of their own. “MS Dhoni, as everybody knows, is a very cool customer and is always in control of the situation. Dhawan also has his strengths. He remained calm even after the two losses,” Kumar said.

On T20 being hard on pacers, Kumar said the format did not matter as on a flat deck every bowler could get hit while if the wicket has something for the bowlers then one can make his mark be it T20 or Test cricket. 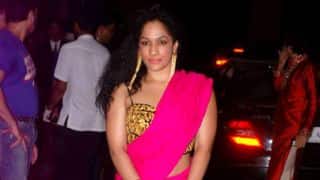