Both teams have notched up a win apiece, to go with a defeat each from two outings.

Back in familiar territory after recording their biggest-ever win in terms of runs, Chennai Super Kings (CSK) will fancy their chances when they lock horns with Rajasthan Royals (RR), a team seeking to get back to winning ways, in the Indian Premier League (IPL) Dubai tomorrow.

Two-time winners CSK will be high on confidence after inflicting on Delhi Daredevils (DD) an embarrassing 93-defeat yesterday. The Super Kings needed a morale-booster like that after starting the campaign with a defeat.

On the other hand, inaugural edition champions Rajasthan Royals tasted success to start with, but failed to stop Kings XI Punjab (KXIP) from chasing down a 190-plus total in their last match.

Both teams have notched up a win apiece, to go with a defeat each from two outings.

The Super Kings will be banking on their strong batting to give them a flying start. Suresh Raina, who struck his 20th fifty in IPL the other day, will again be the man to watch out for. The left-handed batsman has been one of the most prolific batsmen in the IPL.

The experienced Brendon McCullum is always expected to give the team brisk starts and lending him support at the top will be Dwayne Smith, who can play the big shots as well as anchor the innings.

Faf du Plessis is always dangerous and Ravindra Jadeja is a dependable bat as well. And then there is skipper Mahendra Singh Dhoni – he will be eager to have a good hit in the middle. The India captain smashed 32 off a mere 15 balls against Delhi.

As far as their bowling is concerned, there has been no individual brilliance but they clicked as a combined unit, as was evident from their showing against Delhi batsmen who were tied down with accurate swing bowling.

The bowlers were also helped by electric catching from Raina and du Plessis.

Ajinkya Rahane, Stuart Binny shone with the bat in Rajasthan’s opening match while captain Shane Watson and Sanju Samson hit quick half-centuries, though in a losing cause, in the next.

Steven Smith got himself some quick runs against KXIP, but he would be keen to contribute more handsomely, and so would Abhishek Nayar and James Faulkner.

After being taken to the cleaners by Glenn Maxwell and David Miller, the Rajasthan Royals bowlers will look to get their act right tomorrow at the Dubai International Cricket Stadium. 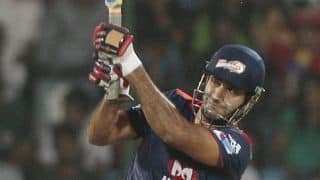 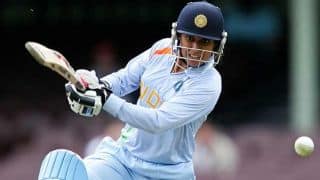