Smith and McCullum have rocked the IPL with five half-centuries together.

‘Hunting in pairs’ is a term associated with bowlers, but Brendon McCullum and Dwayne Smith, have formed an explosive pair to rock the Indian Premier League (IPL) 2014 first leg in UAE. McCullum praised Smith terming him as an ‘intelligent’ cricketer with a lot of options in his batting. The Chennai Super Kings (CSK) openers have been an unstoppable force with Smith scoring three fifties in five matches and McCullum two. They are currently occupying the second and third position respectively in the most runs list.

“There is still a long way to go in the tournament, but I have certainly enjoyed my partnership with Dwayne Smith, “The Doctor”. It is great to bat with him because he is so powerful and has a lot of options in his batting. He is a very intelligent cricketer as well. We seem to have a good rapport and get a good partnership going. It is nice to be able to contribute, and personally too I am enjoying my time with CSK so far,” McCullum was quoted as saying by the official website of IPL.

Both these batsmen are known fr their aggressive style of batting. While McCullum takes on the bowlers from the word go, Smith has a habit of settling in and then going for his shots. But this season, the West Indian Smith has been on swansong from the first ball of the match. Asked whether they form the most explosive pair in the tournament, McCullum played it down and focused on the importance of partners complementing each other. “We may not be the most explosive pair, but in terms of how we have been playing, we have managed to give our team a good start in most games. We are pretty lucky that both of us hit the ball and hit it in different areas. I saw a comment from our captain, MS Dhoni, earlier in the week when he said that Smith and I don’t compete against each other but we complement each other,which is nice to have in an opening partnership,” McCullum added.

Without wanting to give too much insight, McCullum said that he discusses tactics and certain situations of the game. “Some of the other things we talk about are the tactical stuff in the middle, but we also talk about the confidence and approach to certain situations of the game. I am not going to give too many secrets away, but certainly I enjoying batting with him,” he said.

Thanks to the explosive starts, CSK have won four out of their five matches in the first leg of the IPL in UAE. The next match they play will be in India in their skipper MS Dhoni’s hometown, Ranchi. Chennai are the two-time champions of this tournament and have been the most consistent among all the teams. 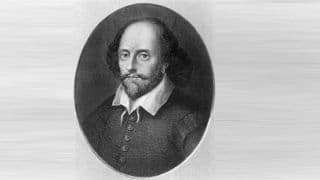