Kedar Jadhav said that his role in the team is that of a finisher.

Delhi Daredevils (DD) batsman Kedar Jadhav spoke about the match against the Chennai Super Kings (CSK) in the Indian Premier League (IPL) match, his role as a finisher in the Delhi line-up, and his interaction with JP Duminy.

Speaking about the DD vs CSK match, Jadhav said, “I think we could have added 10-15 more runs. And besides that they also benefitted from the rain since the ball was coming on to the bat later in the innings.”

Jadhav recounted his thinking during the final over of the DD innings that yielded 18 runs. “Mohit has a good slower one. My plan was clear that I would step out and hit his slower ball,” he said.

When asked about Kevin Pietersen’s pep-talk during the break, Jadhav said, “He said that the match is at a crucial stage. He asked us to keep giving our best.”

Jadhav went on to talk about his role in the side. “My role in the team is that of a finisher. The management told me that I am required to be at the crease till the very end and finish the match. I have adapted well to my role and the scores also suggest the same. I can’t go all out and hit. I have to be cautious in my approach. I use long handle only when I am sure. I can’t hit shots with half chance because after me there are only bowlers to follow,” he said.

Jadhav concluded by speaking of JP Duminy. “I am getting to learn a lot from him. He is very calm during any chase or while batting first to post a total. It is fun to bat with him. The left-right combination helps both of us while batting together. There is a lot to learn from how he approaches the game under pressure,” he said. 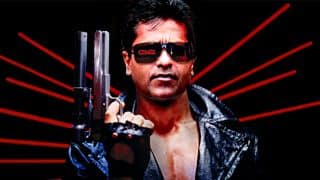 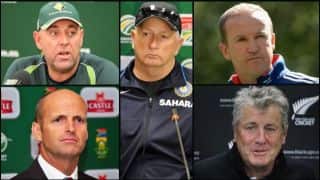