Delhi lost to Rajasthan by seven wickets in IPL 7.

Delhi Daredevils batsman Kedar Jadhav feels his team needs to post bigger scores and take wickets upfront to get its floundering campaign back on track in the Indian Premier League (IPL) 7.

“We are not getting enough wickets with the new ball.”

Talking about the match, I think we were 20-30 runs short. We had to setup an attacking field as the score was less and the bowlers ended up giving runs,” said Jadhav after Delhi lost to the Rajasthan Royals by seven wickets after putting up 152 for five on board.

The Delhi team, second from bottom in the points table with two wins from six games, is relying on its home games at the Ferozshah Kotla to make a comeback in the tournament. Delhi play the mighty Chennai Super Kings next.

Asked about how the wicket played in the opening game at Ferozshah Kotla, Jadhav said: “It was comfortable to play the fast bowlers but the spinners were getting a lot of grip from the surface. The bounce was also okay.”

On what he thinks about the match against Chennai, Jadhav said, “They are surely a better team on paper but it will be about who plays better on the day.”

Star players like skipper Kevin Pietersen not finding form and lack of an extra specialist spinner is also adding to the team’s woes.

“Pietersen will take some more time to get into the groove as he is returning from an injury. And I have heard leggie Imran Tahir is coming, it should be good for us. But as I said earlier, if there are not enough runs on the board, it will be tough for most spinners unless you are a Shane Warne or Sunil Narine.”

Jadhav’s 14-ball 28 at number six helped Delhi get past 150 yesterday. It was only his second game of the tournament.

Asked whether he would like to bat up the order, Jadhav said: “It is always better if you get to spend more time in the middle but I can’t ask the coach for much when you have big international names like Pietersen, JP Duminy and Dinesh Karthik in the line-up.”

“He is giving equal time to each player, sharing his valuable insights. It is up to the players now to go out there and perform. 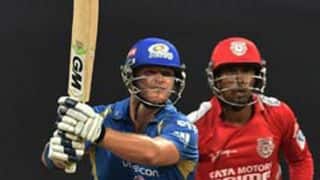 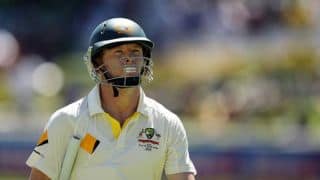