Uthappa is on a roll with 392 runs in his last seven innings.

Indian batsman and mainstay of Chennai Super Kings(CSK) batting, Suresh Raina has backed Robin Uthappa to makes his India comeback after an impressive run in the ongoing Indian Premier League (IPL) 2014. Uthappa’s scores since the India leg of IPL began are: 47, 65, 47, 46, 80, 40, 67. Since the India leg, Uthappa has been opening the batting for Kolkata Knight Riders (KKR). On Tuesday night, his breezy knock of 67 helped KKR beat CSK by eight wickets.

“He is batting really well. He is hitting the ball well. I hope he continues like that and hopefully he gets a chance to play for India as well. He is in good form right now and most importantly there are some very important series coming up after the IPL and he is in good nick. He hasn’t played for some time for India, and I wish him all the best and hope he makes it to the Indian team and performs well for India too,” Raina was quoted as saying by the official website of IPL.

Raina himself is eager to be among the runs after he was left out of the Indian team during the Asia Cup. “It is all mental to be honest. It is about how you cope with yourself in the middle. Sometimes you need to just go there and play your positive shots and at the same time look to build partnerships. Most importantly, I know I am a more aggressive player, but I know when to attack and when not to do so.

On batting at No. 3 for CSK, Raina said, “When you are batting at No.3, it gives you a license to play a long innings. You can use the powerplay when you are playing against a fast bowler and you have to play proper cricketing shots. In the middle order, it is slightly tough for the batsmen.

“No.3 is a good position to bat as you get to face more balls and most importantly you can control your aggression. And whatever the circumstances, you can control the game. I have been batting well for the last few years. God has been kind, and also thanks to Stephen Fleming, who has been working really hard with me over the years.” 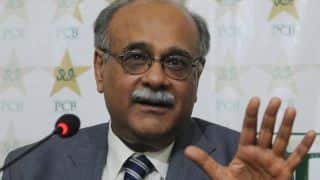