Sanjay Bangar reveals the process behind picking certain players and his strategy.

After a successful stint as coach of Kings XI Punjab (KXIP) in the Indian Premier League (IPL) 2014, Sanjay Bangar revealed some of the processes that went in to building of the KXIP team. Apart from feeling responsible of proving the value of Indian coaches, Bangar added that there is no shame in replicating successful strategies of other teams. KXIP his season have invested in many utility players along with purchase of big names.

“Rajasthan Royals have been doing it successfully since the first season and this is only our first year of such success in the IPL. We have to sustain this for the next few years before we can be compared to them. But there is no shame in adopting successful strategies of other teams and we do believe we need to provide opportunities to the immense untapped talent of this country. Besides the talent, it is also crucial to look out for the hunger – it’s important to pick players who are really hungry to go on the field and perform and are looking to improve each day,” Bangar was quoted by the official website of IPL.

Elaborating on the process involved in picking players for auction, Bangar also credited the freedom given by the owners. “There was a lot of freehand given to me because the owners left the cricketing decisions to the cricketing staff. Even at the Auction table they really supported the thought process that we had. From the cricketing point of view, we understood that T20 requires specialists for each position and at the same time we need to have impact players.

“We also need to give the right opportunities to the uncapped Indian talent. We tried to put the jigsaw together and finally ended up with a setup we aspired to have. We got a lot of help from our video analyst, Ashish Tuli, who gave us tons of information on all the players who are playing T20 cricket worldwide. Joe Dawes is involved with the Indian team and knows the setup well, and although he was traveling most of the time, we were also in touch with him. I was also in touch with the previous team management, which consisted of Darren Lehmann and Vikram Rathod, and took their suggestions on board,” added Bangar.

There were many surprising decisions taken by the KXIP franchise which included picking Virender Sehwag while no other team was interested in having him. Bangar explained Sehwag’s inclusion as  a combination of lack of better option and his faith in Sehwag. “There was also a lot of talk about his glasses and that it has hampered his hand-eye coordination. I spoke to Viru about it and he said there was no major problem there and it was just a small issue blown out of proportion. He is a player of quality and free spirit. Another factor was that because most teams had retained the cream of the Indian players, there were not many Indian batsmen left in the auction who could straight away command a spot in the team,” said Bangar.

On deciding to loosen their purses for Glenn Maxwell, Bangar said, “We had set a price cap for every player that we wanted and we were not ready to exceed that. We were very clear that if we don’t get a certain player for an X amount, we’ll look at some other player. Because of that we had a lot of money when Glenn Maxwell came on in the Auction. We thought we need an impact player and one who is yearning for opportunities to prove his worth. And his talent was never in question.” 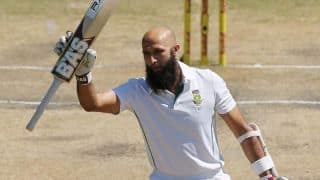