In what could turn out to be the story of the year, Tamil Nadu s Varun Chakravarthy fetched a whopping price tag of Rs. 8.4 crore from Kings XI Punjab at the 2019 IPL player auction in Jaipur on Tuesday to match the valuation of Jaydev Unadkat who has returned to Rajasthan Royals for the same amount.

The pair emerged as the most profitable names from the 351 players went under the hammer, with KXIP spending the most of all eight franchises. The Mohali-based franchise entered the auction with a purse of Rs 36.2 crore and with 15 slots open, and spent 32.3 crore of it on 13 players.

The young Surrey and England allrounder Sam Curran surged to a massive price tag of Rs 7.20 to become the highest-earning overseas player of the day, also going to KXIP, followed by former South Africa batsman Colin Ingram who was purchased by Capitals for Rs 6.40 crore from a base price of Rs 2 crore.

Chakravarthy s base price was set at Rs 20 lakh, meaning he went to KXIP for 42 times that amount. He is third highest any IPL franchise has paid for an uncapped Indian cricketer, after the Rs 8.8 Krunal Pandya and Rs 8.5 Pawan Negi pocketed in past auctions. At the player auction in January this year, Royals had purchased Unadkat for Rs 11.5 crore. Having released him, they got him back for nearly three crore less.

Two other domestic Indian cricketers who become winners of hefty pay days are the young Mumbai allrounder Shivam Dubey who from a base price of Rs 20 lakh went to Royal Challengers Bangalore for 25 times that amount, and the unheralded 17-year-old batsman from Patiala, Prabhsimran Singh, whom KXIP purchased for Rs 4.3 crore from a base of 20 lakh. RCB also added Uttar Pradesh captain Akshdeep Nath for Rs 3.8 crore and spent Rs. 1.5 crore on 16-year-old Bengal batsman Prayas Ray Barman – the youngest ever to fetch such a price.

In a strong indication that the 2019 IPL may be held in South Africa, capped Indian fast bowlers found plenty of interest. The 2015 ICC World Cup pair of Mohit Sharma and Mohammed Shami won sizeable pay deals of Rs 5 crore and Rs 4.2 crore respectively, followed by Barinder Sran who was valued at Rs 3.8 crore by Mumbai Indians and Varun Aaron who was bought by Royals for Rs 2.40 crore.

Mohit, who played the last of his 26 ODIs for India in 2015, went to current IPL champions Chennai Super Kings for ten times his base price of Rs 50 lakh while Shami was purchased by KXIP. From base prices of Rs 50 lakh each, Sran – who has played six ODI and two T20Is – and Aaron, with wickets to his credit this domestic season, emerged as profitable names.

From the overseas pool of players, the West Indies trio of Carlos Brathwaite (Rs 5 crore) and Shimron Hetmyer and Nicholas Pooran who fetched paycheques of Rs 4.20 crore each. Brathwaite went to two-time IPL winners Kolkata Knight Riders for nearly seven times his base price of Rs 75 lakh, Hetmyer was purchased by RCB from a base price of Rs 50 lakh and wicketkeeper-batsman Pooran went to KXIP for nearly six times his base price.

England wicketkeeper-batsman Jonny Bairstow found his first IPL franchise at Sunrisers Hyderabad for Rs 2.2 crore, while Joe Denly went to KKR for his base price of Rs 1 crore. 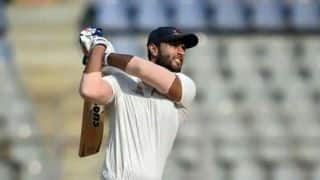 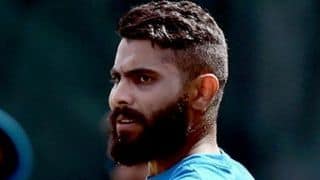