Maxwell was finally picked up by RCB for Rs 14.25 cr which is more than seven times his base price.

Glenn Maxwell as expected heated up the auction early as Kolkata Knight Riders, Chennai Super Kings, and Royal Challengers Bangalore bid for the Australia allrounder at the auction on Thursday in Chennai. Maxwell was finally picked up by RCB for Rs 14.25 cr which is more than seven times his base price.

Maxwell was released by Kings XI Punjab following a poor season but given the threat, he brings to the table and is a proven match-winner – it was expected that he will pull in the big money.

Maxwell is a powerful lower-order batsman and can chip in with the ball and is a splendid fielder. He brings a lot of value to the table and hence it is a good buy.

Recently, he has been in good form for Australia in the white-ball format.

Initially, it was KKR who bid for Maxwell and then RCB joined in. Slowly but surely the bids rose and from nowhere CSK joined in the bidding war. As the bids continued to come in, the franchises took more and more time. 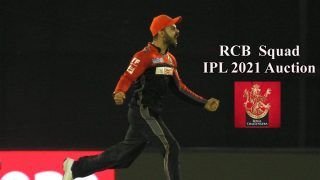