The CSK practice sessions have attracted thousands of fans daily with two-time India world cup winning captain Dhoni being the centre of attraction. Three-time IPL champions Chennai Super Kings have announced they are suspending their practice sessions with immediate effect in wake of the coronavirus pandemic that has engulfed the world.

Several CSK players including captain MS Dhoni have been taking part in various training sessions at the MA Chidambaram Stadium in Chennai.

The news comes after BCCI announced that the IPL has been suspended till April 15 as part of measures to contain the spread of coronavirus. There were speculations surrounding the future of this season with suggestion that the matches could be played in empty stadiums.

The CSK practice sessions have attracted thousands of fans daily with two-time India world cup winning captain Dhoni being the centre of attraction.

Apart from Dhoni, Murali Vijay, Harbhajan Singh, who linked up with the squad a couple of days ago, Kedar Jadhav, Piyush Chawla, Karn Sharma among others have been part of the practice sessions.

The ongoing ODI series between India and South Africa has also been called off with the visitng players set to fly home from Delhi as early as possible. The BCCI said the decision was taken after discussion with their South African counterpart and new dates for the three-match series will be announced in due course.

Coronavirus has seen several global sporting events being either cancelled or suspended for indefinite period. 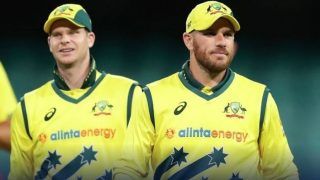