A day after the BCCI announced dates for Indian Premier League next season, the ICC virtually left an unofficial window for the cash-rich Twenty20 event, making it possible for players from most nations to participate in it. 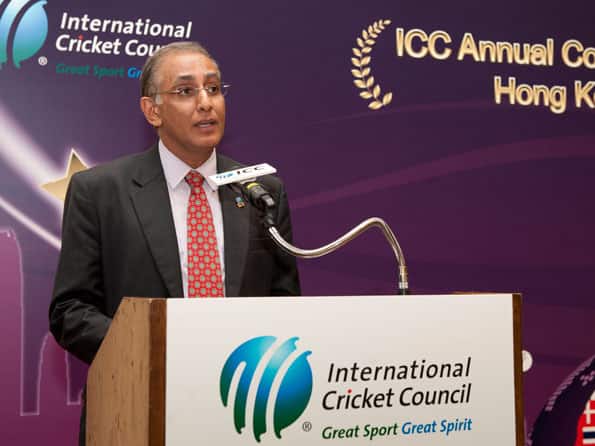 A day after the BCCI announced dates for Indian Premier League next season, the ICC virtually left an unofficial window for the cash-rich Twenty20 event, making it possible for players from most nations to participate in it.

The ICC on the third day of its annual conference here left gaps in the FTP for most nations during April and May for the eight-year period from 2012-20.

The FTP, which was approved by the ICC Executive Board on the recommendations of Chief Executives’ Committee, contains an official two-week window in September for the Champions League Twenty20 each year and leaves space for an unofficial IPL window in April and May.

All the earlier four editions of the IPL were held in April-May and the fifth edition next year is scheduled from April 4 to May 27.

Under the new FTP calender, India are scheduled to host Pakistan for a Test series in 2013, the first time after 2007.

But, beyond that, particulars of other series between the two countries were vague with neither the host nation nor the number of games were specified.

They would also play 90 Tests and 166 ODIs within the eight-year span.

India also play fewer Test matches than England and Australia in the eight-year period though the world champions would be the busiest team in ODIs.

The FTP has a clear division among the Test playing countries with England, Australia and India scheduled to play the most Tests, followed by Sri Lanka and South Africa.

England will play 99 matches over the next eight years, Australia 92. Sri Lanka and South Africa will play 76 and 74 Tests respectively. They are followed by the West Indies and New Zealand with 66 Tests each and Pakistan with 65 followed by Bangladesh (42) and Zimbabwe (41).

The ODIs are more evenly distributed. India will play 89 away ODIs among its 166 matches. Zimbabwe have the fewest at 64, of which 37 are at home. All other countries play between 100 and 160 games.

In the Twenty20 format, most teams are scheduled to play between 30 to 55 matches.

Apart from England and Australia playing five-Test Ashes, India’s tours to England in 2014 and 2018 will also contain five Tests. No other team will be involved in five-Test contests.

All of India’s other bilateral series are between two and four-Test affairs. West Indies and Sri Lanka, however, have nothing longer than three-Test series, while Bangladesh and Zimbabwe are limited to two.

According to the FTP, India will not host Bangladesh or Zimbabwe for either Tests or ODIs in the whole of the eight-year period. India have not hosted Bangladesh in a bilateral series since the latter got Test status in 2000.

There will also be two Ashes series in 2013 — one during the English summer and the other in Australia at the end of the year — in order to avoid a clash with the 2015 World Cup in Australia and New Zealand.

The ICC Executive Board also approved the CEC recommendations on the mandatory use of a modified version of the Decision Review Systems for Test matches and ODIs.

The modified version would have Hot-Spot and snickometer technology but without the Hawk Eye ball-tracker, which means that the leg before decisions would not be within the purview of the DRS.

“The continued use of ball-tracking technology as a decision-making aid will depend on bilateral agreement between the participating Members,” the ICC said.

The DRS technology will not, however, be used in Twenty20 Internationals.

The Board also approved the CEC and Cricket Committee recommendations to start a Twenty20 International rankings table from October 1, 2011.

It also gave a seal of approval on the prohibition of the use of runners in all forms of international cricket, running out of a non-striker who is backing up unfairly, dismissal of batsmen (obstructing the field) if they change their course while running to prevent a run-out chance, the need for further research on the balls to be used in day/night Test cricket and revised formats for ODIs.

West Indies opt to bowl against India in the second Test