With young domestic cricketers helping them remain in hunt for the Indian Premier League title, Kings XI Punjab co-owner and noted industrialist Ness Wadia feels that for the franchise, IPL is about discovering unknown talents. 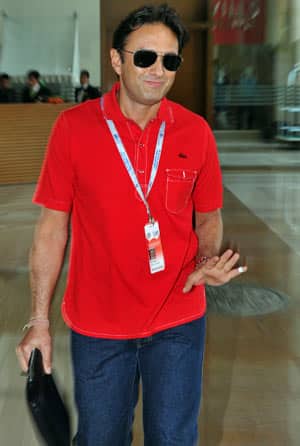 With young domestic cricketers helping them remain in hunt for the Indian Premier League title, Kings XI Punjab co-owner and noted industrialist Ness Wadia feels that for the franchise, IPL is about discovering unknown talents.

“I think more than anything, IPL for us is discovering new stars. Like Paul Valthaty, our current bowling find Parvinder Awana, who has been among the wickets and Mandeep Singh, who has given strength to our batting, the IPL has been pretty good in terms of discovering young players,” said Wadia.

With the IPL T20 tournament entering its fifth season, Wadia was asked how the journey has been for the franchise over the years.

“It (the journey so far) has been a good one. We had a good couple of years initially. The last two years were not very good. I think this year should be better, overall.

“I think the way forward definitely is to push more young players. You will see us build over in the next year or two more than we did because of the litigation and other issues we’ve had a lot of time focused on that,” Wadia told PTI in an interview.

“Mandeep and Awana are good cricketers. You know, it’s about discovering the stars and allowing them to have the opportunity at least. What you can do is give some of them opportunity, nothing else,” he said.

The Punjab franchise, also co-owned by Bollywood actress Preity Zinta, last night defeated defending champions Chennai Super Kings in their own backyard, thus keeping themselves in the hunt as the tournament reached its mid-way stage.

KXIP has so far managed to reach the semi-final stage only once and they will be keen to win their first IPL title. (PTI)

IPL 2012: It's difficult to get David Warner out, says Chris Gayle