Jonny Bairstow, who was in stupendous form in the ongoing edition of the Indian Premier League (IPL), has hailed the tournament, saying it helps in developing skills.

England wicketkeeper-batsman Jonny Bairstow, who was in stupendous form in the ongoing edition of the Indian Premier League (IPL), has hailed the tournament, saying it helps in developing skills.

Bairstow amassed 445 runs in the 10 matches he played in his debut IPL season for Sunrisers Hyderabad (SRH).

Bairstow and Australia’s David Warner were, without any doubt, the most destructive opening pair in this IPL edition as they scored bulk of the runs for SRH and helped them to qualify for the playoffs.

Speaking to Sky Sports, Bairstow said: “You go to the IPL to develop your skills, to put them up against the best in the world.”

“We saw Jos (Buttler) coming back into the Test side last summer after a brilliant IPL. The competition over there can only improve your skills,” he added.

For last two and a half years, Bairstow has been a solid presence at the top of England’s order in ODI cricket. In 59 ODIs, he averages 46.04 and has six centuries to his name.

When quizzed about which one would he pick between Ashes and World Cup, the wicketkeeper-batsman replied: “I am going World Cup because it’s been so long since we’ve had an opportunity to win one.”

“I think that the amount of work that has gone into this group of players over the last couple of years, building and building, I firmly believe we’ve put an amount of effort in that gives us the best chance,” he added.

England will play two warm-up games against Australia and Afghanistan before starting their World Cup campaign against South Africa on May 30 at The Oval. 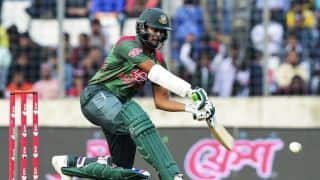 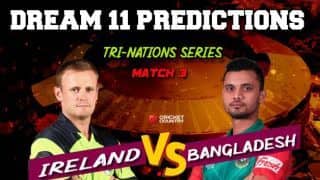 Dream11 Prediction: IRE vs BAN Team Best Players to Pick for Today’s Match between Ireland and Bangladesh at 3:15PM