New Delhi: The Board Of Control For Cricket In India (BCCI) will be holding an E-auction for the IPL media rights today, June 12, for the next five-year cycle, from the 16th edition of the tournament in 2023 to 2027. The event is likely to start at 11:00 AM IST and could stretch to more than a day.

IPL is one of the most lucrative T20 leagues and has seen massive growth since its inception in 2008. Over the years, BCCI’s revenue from the media and streaming rights has also multiplied manifold and the board is expecting to fetch an eye-popping amount for the next five-year cycle.

Star Network paid a whopping amount of 16,347.5 crores (US$ 2.55 billion approx. then) in 2017 to secure the media rights for the next five years. This was the biggest media rights deal in the history of cricket and was 158% more than the previous cycle. The number could triple in the coming E-auction.

There are four packages (A, B, C, D) in which the E-auction will be conducted for the 74 games per season of the next five-year cycle. The number of matches is also likely to increase to 94 per season for the final two seasons.

Package A is for the exclusive Tv rights for the Indian subcontinent. The base price for this package is Rs 49 crores per match. Package B, which has a base price of Rs 33 crore per match, is for the digital-only grouping for the same region. Streaming giants like Zee, Viacom, Sony and Star are likely to bid for this package. Package C has non-exclusive rights for 18 games, including the opening game, final, three play-offs and a few weekend double headers.

Package D is for the TV and Digital Bracket for the rest of the world and is divided into two categories which could either be the entire world or the five separate regions. The base price for this package is 3 crore per match.

Speaking about the bidders, Amazon has pulled out of the race and now the battle will be between Reliance, Disney and Sony Group Corp, who will be keen to get the media rights and leapfrog the other contenders to become the leading media player. 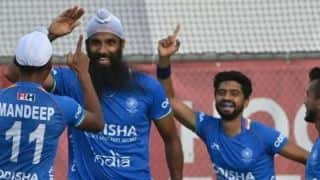 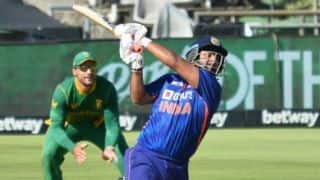