Pakistan Cricket Board (PCB) Chairman Zaka Ashraf said they have no clue why Pakistani umpire Asad Rauf was under investigation in the IPL spot-fixing scandal and why he has been withdrawn from the Champions Trophy. 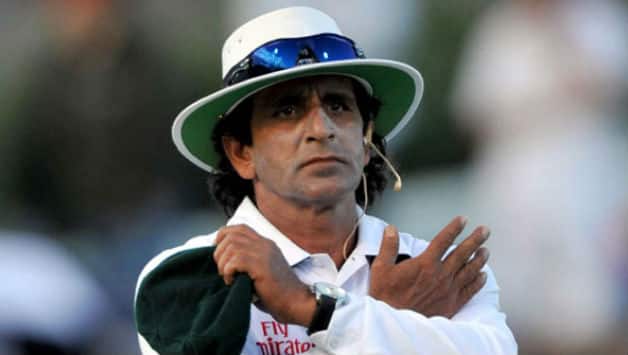 Pakistan Cricket Board (PCB) Chairman Zaka Ashraf said they have no clue why Pakistani umpire Asad Rauf was under investigation in the IPL spot-fixing scandal and why he has been withdrawn from the Champions Trophy.

Rauf is under police scanner for involvement in the spot-fixing although nothing concrete has come out yet.

“The ICC has told us they were withdrawing Rauf from the Champions Trophy panel. But so far we don’t know for what he is under investigation in India,” Ashraf said on Friday.

The PCB chief said obviously they were concerned about the Rauf issue and wanted more details on the issue.

“We had nothing to do with his appointment in the IPL as he is on the ICC elite panel and they post him. And we consider this IPL spot fixing scandal as an issue that has to be dealt with by the ICC and the Indian Cricket Board but we would like to be kept abreast because of Rauf,” he said.

Ashraf said the ICC had given no reason in their email for withdrawing Rauf from the Champions Trophy.

“They have only told us about his withdrawal so we dont know what he has done,” he added.

The PCB chief did state that if the ICC ask them for any action against Rauf the board would look at it.

“What is not good is that these sorts of controversies emanating from these popular T20 leagues is not good for the game of cricket,” he stated.

“These incidents are alarming for everyone in the cricket world including the PCB. But like I have said before all stakeholders have a responsibility to jointly deal with this problem. This problem has to be dealt with in a combined fashion and it is not possible for one board to do anything.”

Ashraf said the recent incidents in IPL had come as a shock because people wanted to see clean and competitive cricket matches and these things created doubt in their minds which is not good for image of cricket.

Problem is with N Srinivasan not BCCI: Subrata Roy