The tournament, named Women’s International Cricket League (WICL), is proposed by Shaun Martyn and would play the best female players in the world with and against each other in six company-owned teams over a 12-day event to be held in Singapore.

According to the BBC, although the tournament, which could see players earn 23,500 dollars in 12 days, is yet to be sanctioned by the International Cricket Council (ICC), however, Martyn, who is in partnership with Indian-born former Australian player Lisa Sthalekar, said that ICC chief executive Dave Richardson is very supportive of the proposal.

Martyn further said that they have already found three companies willing to back the venture and that they have been approached by a cricket association to purchase a franchise, adding that they now just need to find appropriate days.

Martyn also said that Cricket Australia (CA) has given its backing to the project ‘in principle’, adding that former Australia bowler Geoff Lawson is part of the WICL management team while former West Indies captain Clive Lloyd is a WICL ambassador.

The New South Wales-based businessman has pledged that some of the profits from the event will go back into the global women’s game and insisted that he will support anti-corruption measures to prevent the possibility of match-fixing.

The event would be underwritten by a major American philanthropic organisation and Martyn moved to allay any fears about player payments that have blighted some T20 tournaments around the world. 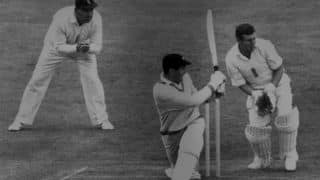 Edgbaston, 1965: It got so cold that they served coffee during a Test