A report said that the total economic value created by IPL was 3.2 billion dollars.

The IPL “is today, India’s most profitable and popular sporting league and has generated employment and revenues for upcoming athletes, players, sporting associations, companies and all stakeholders,” Prakash Gupta, a First Secretary at India’s UN Mission, said at a session of the UNGA on Sports for Peace and Development.

“India is now using this format to encourage traditional sports like Kabaddi and modern established sports such as Badminton and Hockey.”

“The transformation of sports as a global industry has,” he said, “provided considerable scope for economic development and employment generation in several developing countries.”

A report by the consulting company American Appraisal earlier this year, said the total economic value created by IPL was 3.2 billion dollars. It put the total value of the IPL franchises at 400 million dollars with the two top franchises, Chennai Super Kings and Mumbai Indians each being worth 72 million dollars.

The sports goods industry has benefited from the interplay sports and entertainment, “thus building a direct connection between sports and economic development”, Gupta said.

The Confederation of Indian Industry and the consultancy, KPMG, have estimated the sports equipment market in India last year at 40 billion rupees.

To further the goals of the UN declaration that sports is a fundamental human right, one of India’s initiatives has been to develop the popular collegiate sports format, Gupta said.

The Association of Indian Universities (AIU) and Trans Stadia have signed a 10-year Alliance Agreement to restructure and popularise this sports system and aim “to give further impetus to the spirit of peace, education and development througout”, he said.

“It provides an excellent platform for aspiring young sporting talent to prove their mettle.”

As a global example of how sports can foster the spirit of tolerance, cooperation and respect for others, Gupta mentioned the “Coaches across Continents” programme.

“The innovative use of football in Uganda to reintegrate former child soldiers back into their communities,” he said, “allows for a rehabilitating interaction amongst them and for themselves to seek a solution together as a team, without the use of violence.”

Gupta referred to the Unicef designating the Indian cricketing legend Sachin Tendulkar as the first brand ambassador for South Asia to promote hygiene and sanitation.

“We are confident that association of such inspirational sporting icons to these worthy causes would act as a force multiplier for getting young people motivated to work for Unicef’s success in the region.”

UN Secretary-General Ban Ki-moon, in his report to UNGA on Sports for Development and Peace, said access to sports has been acknowledged as a fundamental right in many UN conventions and charters and sports is seen “as a practical tool for advancing human rights”.

Unicef emphasised incorporating sport into country programmes to help “disadvantaged children develop a healthy lifestyle and increase their cohesion with their communities”. He mentioned Unicef collaboration with the International Cricket Council.

“Sport and physical activity are major contributors to a healthy life and can play an important role in preventing non-communicable diseases,” he added. 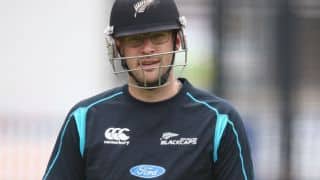 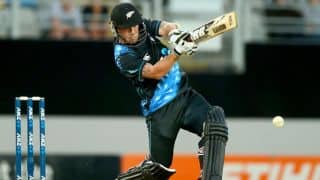 New Zealand restricted to 230 in 1st ODI against South Africa