In what has been described as an idea ‘bordering on absurdity’ by an BCCI official, an Indian Premier League owner floated the idea of a union for the existing eight franchise of the the league to run parallel alongside the BCCI, in an informal meeting held in London among the franchise owners and various league stakeholders.

However, according to a report in The Times of India, senior BCCI officials were kept in the dark about the meeting and the this particular suggestion has not gone down with the old guard of the administration.

The daily reported,”A franchise owner, who s been associated with the IPL since inception suggested that all franchises of the league should get together a form a union that will (act) as an administrative office for all (existing teams) and will independently deal with the ecosystem to address their concerns . ALSO READ: Indian Premier League: BCCI mulling 10-team IPL from 2021; Tata, Adani, RPG keen to own IPL teams

The report further adds that two franchise owners – Chennai Super Kings and Mumbai Indians – did not agree to the idea while others took a neutral stand. Both CSK and MI owners were also reportedly seething at the very idea.

This is bordering on absurdity now. What s worse is that it s happening at a time when the BCCI administration is a very weak one and does not have any control over its own property, sources told the daily.

What we would like to know is if anybody in BCCI (present administration) had a clue of this. Whose idea was it to keep the league uninformed about such a meeting? When the right time comes, these questions will be brought up and everybody concerned will have to answer, senior BCCI administrators were quoted as saying by The Times of India. 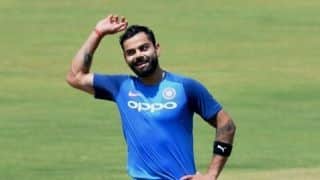