Stung by the controversies and scandals this season, the IPL authorities will put in place strict guidelines for franchise owners to ensure that the glamorous event's brand image is not dented in future. 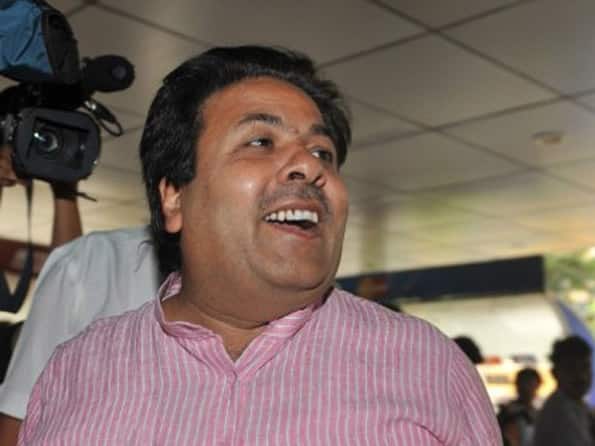 Stung by the controversies and scandals this season, the IPL authorities will put in place strict guidelines for franchise owners to ensure that the glamorous event’s brand image is not dented in future.

Although this year’s IPL drew massive crowds, it was rocked by a spate of controversies involving franchise owners as well as players and the furores ranged from molestation charges against a player to a scuffle between a team owners and stadium authorities in Mumbai.

The league’s boss Rajiv Shukla conceded that there were fears of brand IPL taking a hit due to the negative press but things seem to have settled down and he would ensure that there is no repeat by having a word with franchise owners.

“We are not going to protect any player. We will definitely take action against anyone found guilty and we will tell franchises also to be very careful about these things and that they should also keep a strict eye on the activities of the respective players and support staff of their side,” Shukla told PTI in an interview.

“I think the season was a major success because the game was successful. Whatever controversies erupted were not related to us. We haven’t got any police agency to look into the cases.”

Asked whether the controversies dented the IPL’s image, Shukla said, “Initially, people thought so but I don’t think that any controversy had any adverse impact on the IPL because the kind of response we got from the people, showed that it had nothing to do with the IPL.”

“Those were strictly confined to individuals. But even if tomorrow something comes to our knowledge, we will take strict action whether it is spot-fixing or anything else.”

Shukla said any allegation has to be backed by evidence for the IPL to take action.

“You don’t know what is going on in an individual’s mind.

The day something comes to our knowledge, we will take strongest possible action on that. We are very prompt in taking action,” he said.

“When spot-fixing was brought into our notice, we immediately suspended five players despite the fact that there was nothing against IPL 5. An inquiry is going on.

“In future, if something comes up, we will take strong action. BCCI is the only body in the world which has not pardoned its players who have been accused in fixing. As far as the rave party was concerned, that was a private party. IPL does not conduct any official party,” he added referring to the spot-fixing sting operation by a TV channel and the detention of a couple of IPL players during a Mumbai rave party.

Shukla said IPL’s uncapped players, perhaps the most susceptible to the lure of spot-fixing, will feature in the players’ auction from now.

“We are of the view within the BCCI that the domestic players should be put under the hammer. They should be brought for auction. The final decision has to be taken in the Governing Council meeting.

Asked whether the auction would be held separately or clubbed with the one featuring international players, Shukla said, “That has not been decided as yet. A decision has to be taken about the uncapped players, once a decision is taken the modalities would be worked out.”

Shukla also insisted that there was no need for the BCCI to come under the RTI, another suggestion that Maken offered after the IPL spot-fixing scandal.

“BCCI gives all its accounts at the Annual General Meeting to the media. It responds to all questions in the Parliament. As far as bringing it under the ambit of the RTI, you have to first change the law of RTI.

“According to its law, if any organisation does not take grant from the government, it cannot be brought under the ambit of the RTI. If you bring the private companies into RTI, we won’t mind coming under RTI,” he said. (PTI)