Jay Shah said that he has received proposals from IPL franchises for overseas friendly series.

New Delhi: The Board of Control for Cricket In India (BCCI) sold the Indian Premier League (IPL) media rights for the next cycle for a whopping 48,390 crore, showing that the stakeholders see the IPL as a big-profit tournament. The BCCI is also very keen on expanding the IPL, not just in terms of the financial value but also in terms of the number of matches. The recently concluded season saw the number of matches increase to 74 after the board added two new teams, Lucknow Super Giants (LSG) and Gujarat Titans (GT) to the mix.

If reports are to be believed, BCCI is also planning to increase the number of matches to 94 in the coming seasons, with IPL being played in two halves. Reflecting on the future of IPL, BCCI secretary Jay Shah said that such a move may see daylight in the coming future. Shah also revealed he has received proposals from IPL franchises about playing friendly overseas series.

“We are having discussions with various stakeholders. There are also multiple proposals for all the IPL franchises of playing friendlies overseas. That idea is being seriously contemplated but for that we also need to speak to other boards as we would need to know the schedule of international players,” he said in an interview to PTI.

The IPL 2022 was a huge success but still saw a dip in viewership when compared to the numbers received in IPL 2020 and 2021. When asked about the same, Jay Shah denied any dip in viewership and said that people were confined to their houses in 2020 and 2021 due to lockdown, but in 2022, the restrictions were uplifted and people started going out, watching matches in pubs and other public places which resulted in lower TRPS.

“I don’t agree that there has been a viewership dip. You have to factor in pre-COVID and post-COVID numbers. The 2020 and 2021 IPL viewership numbers skyrocketed because cricket was the only source of live sporting entertainment for the Indian public. People were unable to venture out due to COVID-19. So the figures saw a sharp rise.”

“Now in 2022, the same public after the return of a certain amount of normalcy is venturing out. People are socialising, going out for dinners, taking vacations which they didn’t do in the last two years. Also, when you calculate viewership, this year, during evening games, you would have hundreds watching it on TV while sitting in a pub or a restaurant,” he added. 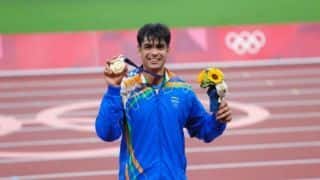