Eric Simons‘s role has been under the scanner as Delhi Daredevils‘ bowlers have averaged a mere 3.1 wickets per outing in eight Indian Premier League (IPL) 2014 games so far, but the former India bowling coach lashed out at his critics stating that “identifying problems is easy, fixing it is difficult”. Simons normally stresses on “hitting the right areas” and would lay strips on the stump channel to help the bowlers hit those areas, a mode of practice that has often attracted criticism.

Asked if that’s what stops bowlers from experimenting, a fuming Simons told PTI, “You know what dendrites are? Dendrites are mental habits. Identifying problems is very easy, fixing it is the difficult part. That’s what coaching is. It’s easy to sit there in the commentary box and say what bowlers should and shouldn’t do.”

Simons justified the using of mats. “We use mat for practising length delivery, wide delivery, yorker. Unless you have a specific objective, you don’t learn and you just bowl. The ball goes where it goes from a specific muscle memory. Let me tell you that, there aren’t too many bowlers in the world today who can just run up and bowl six deliveries line and length,” the South African coach said.

He also gave an explanation for that saying, “Simply because, we don’t do it regularly. If that was taught at a young age, I wouldn’t have to do it at this age. That’s the problem. There aren’t many who can bowl six proper deliveries.”

Mohammed Shami has been a huge disappointment having picked only four wickets in eight games at an economy rate of 8.34, but Simons backed the India international.

“Shami has gone for 20-odd runs in the last two of the three games. He has done his job but perhaps what is disappointing is that he hasn’t got many wickets. Our boys have improved as the tournament progressed and bowled some great spells. But where we lacked was inability to put pressure in group over a period of three to four overs,” explained Gary Kirsten‘s assistant. 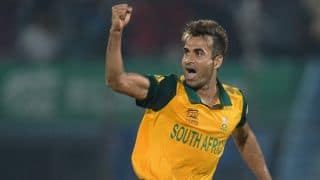 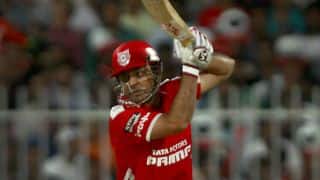