After fetching a whopping Rs 15.5 Cr in the auction last month, Kolkata Knight Riders' (KKR) Cummins was gifted an old KKR jersey from a fan. Australian pacer and Indian Premier League‘s (IPL) costliest foreign buy Pat Cummins is in India for a short three-match ODI series against hosts India and he received a surprising welcome. After fetching a whopping Rs 15.5 Cr in the auction last month, Kolkata Knight Riders‘ (KKR) Cummins was gifted an old KKR jersey from a fan.

It is no secret that he enjoys a huge fanbase in the country and that is evident.

On Tuesday (January 14), the official handle of KKR posted a video on Twitter featuring Cummins with the special gift he received from his die-hard fan.

“I’m here back in India and I’ve run into a fan and he’s gifted me this old KKR shirt from 2015. It brings back a lot of memories. I’m really excited for the season,” the No.1 Test bowler said.

“Got some great memories at Eden Gardens. As a kid, I remember watching lots of cricket played there and just seeing 100,000 Indian fans going crazy.

“I absolutely love it there. Can’t wait to make a lot more memories this season,” he said.

Pointing at the logo on the jersey, Cummins also made a bold prediction.

“So, I’m just looking closer at the logo. You can see two stars there because we’ve won two titles. I think this is the season we add an extra star to that,” he noted. 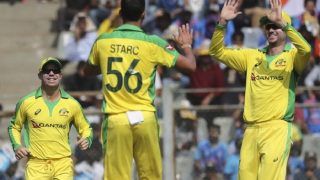 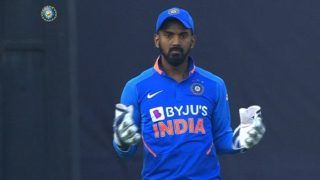 India vs Australia 2020, 1st ODI: Rishabh Pant Suffers Concussion After Being Hit on The Helmet, KL Rahul Takes Over As Wicket-Keeper