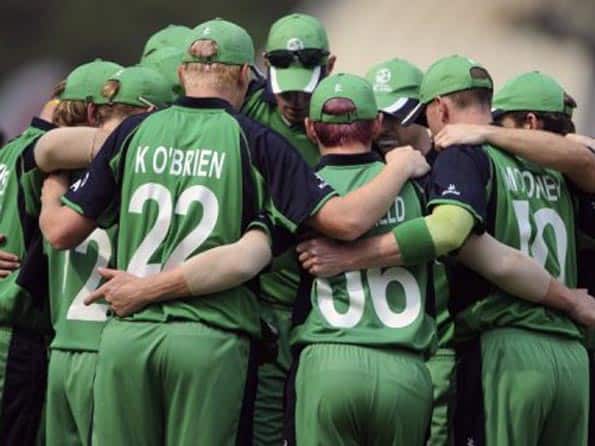 Ireland performed on a par with many of the Test-playing nations at 2011 World Cup, including a stunning victory against England AFP

Deutrom welcomed a decision by the International Cricket Council (ICC) to reverse controversial plans to bar so-called “minnow” countries from the next World Cup in 2015 — but said up-and-coming nations like Ireland deserved also to be able to aim for the “holy grail” of top-class cricket.

“The one thing that we shouted out more loudly than anything else is ‘meritocracy’ — not ‘we want to be given this as a right’, but ‘we want the opportunity to be better’,” Cricket Ireland’s chief executive told AFP.

Ireland performed on a par with many of the full member, or Test-playing, nations at this year’s World Cup, including a stunning victory against England. They also upset Pakistan during their first World Cup appearance in 2007.

But there is no official route or timetable for Ireland to be awarded Test status, frustrating their players, administrators and fans.

Ireland were among a number of second-tier nations to voice outrage in April when the ICC said it would limit participation in the 2015 World Cup in Australia and New Zealand to the 10 Test-playing nations.

However, the ICC announced on Tuesday that four non-Test playing nations would compete in a 14-team World Cup in Australia and New Zealand in 2015, with 10 places going to the Test-playing nations and the second-tier teams having to pre-qualify for the remaining four places.

The ICC also announced the 2019 World Cup would be a scaled-down 10-team event, with the top eight places being awarded to the top-ranked teams and two berths being awarded in a pre-qualifying tournament.

“All we’ve asked for from the very start is simply a road map to where we go next because what we’ve done, and what we’ve achieved, is everything that has been asked of us,” said Deutrom.

Deutrom said the rapid rise of Afghanistan, who started out in World Cricket League Division Five in 2008 but came within a match of qualifying for the 2011 World Cup, demonstrated the potential of the so-called minnow nations.

The ICC funds Irish cricket to the tune of $1 million a year and Deutrom praised the body’s financial support structures.

“We’ve got a business and we are prepared to develop that business but the only way we can move that business on is to get that additional support… to be able to afford more ODIs and the opportunity to play those ODIs,” he said.

“And then a pathway perhaps to Test cricket. That has to be the holy grail for us.”

On Wednesday, the executive board is expected to discuss moves, reportedly spearheaded by India and England, to scrap the ICC’s two-year rotational presidency, although details of any new system remain unclear.

Big changes will by met with vehement opposition from Pakistan and Bangladesh, who are scheduled to nominate the body’s next-but-one leader, to take power from 2014.

But Deutrom said he was in favour of scrapping automatic rotation, which fell under the spotlight last year when Australia and New Zealand’s nominee, ex-Australian prime minister John Howard, was rejected by other countries.

“The principle is quite simply that it’s the best person for the job,” he said.