Ireland may face England at Lord s in their maiden Test in 2019.

Ever since South Africa announced their plans to host a four-day Test against Zimbabwe, the debate about truncating five-day cricket has gained heat. England and Wales Cricket Board (ECB) are also planning to play four-day Tests from 2020. Now, recently allotted Test status by ICC, Cricket Ireland too have thrown their name in the hat of teams prepared to play the shortened Tests.

Speaking to cricbuzz, Cricket Ireland, CEO Warren Deutrom confirmed that Ireland are prepared to play four-day Test. “I think our answer might reasonably be defined as more pragmatic and less purist than, perhaps, some of the longer-established Test nations. After all, we can hardly complain about compromising the traditional rhythms of Test cricket when Ireland hasn’t played one yet. In fact, one might even argue that the four-day experiment is more likely to suit us given our familiarity with the Intercontinental Cup.

He further adds, “Our chasing of Test status was driven by the desire to play the sport’s pinnacle format, to give our players the option of realising that dream for Ireland rather than having to resort to England, not to mention the sheer status, opportunity for visibility and commercial potential that comes with being a recognised member of the front rank of cricket’s nations.”

Deutrom concluded by saying, “If that prestige and those benefits can accrue by virtue of a four-day game rather than five then I suggest it is an experiment in which Ireland would be happy to participate.” 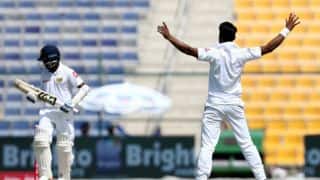