Sean Terry played 6 times for Ireland, and once caught Rahane as substitute, off Moeen, in the 2014 Rose Bowl Test.

Sean Terry of Ireland, Hampshire, and Northamptonshire has announced his retirement from all forms of the game to start a new chapter in his life. Terry had also played for Western Australia Under-19s and was currently playing for Leinster Lightning. He played 5 ODIs and a T20I, all of them between July 14 and September 27, 2016. His 6 international innings have fetched him 36 runs.

Terry’s other claim to fame came as a substitute fielder when he caught Ajinkya Rahane at mid-on off Moeen Ali at Rose Bowl in 2014.

It is with a heavy heart that I have decided to call time on my cricketing journey. Playing cricket for Ireland was undoubtedly the proudest moment of my life and something that I will always cherish. It is now time to start the next chapter of my life. Thanks to everyone at Cricket Ireland and Cricket Leinster for the opportunities and support they have given me, Terry told the Cricket Ireland website.

CI Performance Director Richard Holdsworth said he respected Terry s decision but was disappointed about it: Earlier this year, Sean was included in our first round of full-time Inter-Provincial contracts such was the esteem in which he was held by the selectors so we were very sorry when Sean informed the Selectors and coaching staff of the decision to hang up his boots.

He was certainly part of our talent development pool and had already been capped in the white-ball game on six occasions. We identified Sean s talents early and took every opportunity to integrate him into our player pathway programme as soon as he had declared for Ireland in 2016.

We thought he had adapted well to the Irish set-up but, equally, we respect his decision, difficult as it must have been, and we wish him all the best with the next stage of his career outside of cricket.

Terry s father Paul scored 16,427 runs in 292 First-Class matches, mainly for Hampshire. He also played 2 Tests for England in 1984 with ordinary returns, but had one heroic act to his name when he came out to bat with his hand in a sling after Winston Davis broke his hand. 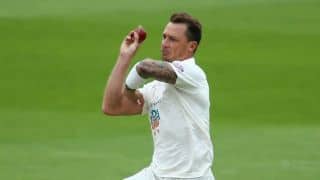