The live telecast of Ireland vs Pakistan will be shown on Sony SIX and SIX HD.

Ireland are set to take on Pakistan at Malahide in Dublin in what will be their inaugural Test. Ireland will become the first to debut in Tests since Bangladesh did so in November 2000. This will be the only Test between the two sides, before Pakistan head to England, for a 2 Test series. The live cricket streaming of the match will be available on Sony LIV, while the live telecast will be available on Sony Six and Sony SIX HD in India.

For Ireland, players like William Porterfield, Ed Joyce,Paul Stirling, Kevin O’Brien and Tim Murtagh would all be looking to make a good start to their Test careers, having achieved success in limited-overs cricket. Joyce has also represented England in Tests; becomes first after Kepler Wessels to represent two nations in Test match cricket.

As for Pakistan, they are set to give a Test debut to Imam-ul-Haq, who scored fifties in warm-up matches against Kent and Northamptonshire. It will be a test for a lot of Pakistan batsmen to survive on swinging conditions in Ireland. A win here will give them a lot of confidence moving ahead into Tests against England. 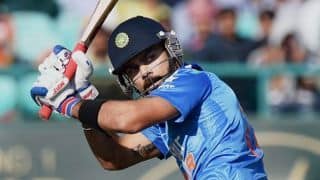 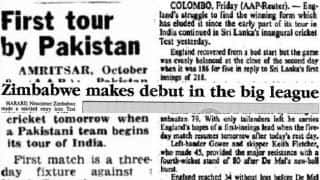