Sri Lanka are definitely the hot favourites to win this match after gaining confidence from their first win of the tour.

Catch the live cricket scores and live cricket streaming of the second and final match to be played on Saturday between Ireland and Sri Lanka. It is a bilateral One-Day International (ODI) series. The venue of the match is The Village, Malahide at Dublin in Ireland. It is a two-match ODI series with Sri Lanka having already won the first ODI by 76 runs (D/L method). As per the squad announced by both the teams, Sri Lanka will be captained by Angelo Mathews whereas William Porterfield will lead the Irish team. Minnows Ireland will be hoping to come up with a good performance and give Sri Lanka a thorough fight to level the series. Ireland will aim hard for a victory, and they will definitely have the local crowd’s support. LIVE CRICKET SCORECARD: Ireland vs Sri Lanka 2016, 2nd ODI at Dublin

After a tough time in the three-match Test series versus hosts, England, Sri Lanka came back strong against a relatively weaker side in Ireland in the first of the two-match ODI series at Dublin. Sri Lanka posted a competitive total of 303 for 8 thanks to a ton from their stylish right-hander, Dinesh Chandimal. In reply, Ireland were cruising until a mini collapse saw them lose the match by a whopping 76 runs margin. Dhasun Shanaka’s five-for in his debut match castled the Irish batsmen as they succumbed to 216. LIVE BLOG: IRELAND vs SRI LANKA, 2nd ODI, DUBLIN

Ireland will like to level the series and will try to leak less runs for that matter. They have a strong batting line-up as on the other hand, Sri Lanka have a potent bowling line-up which may provide a cracker of a contest in the final ODI before the Lankans head back to England to face them in the five-match ODI series. 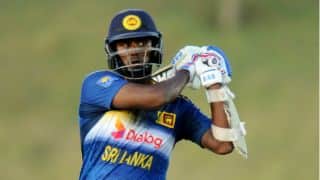 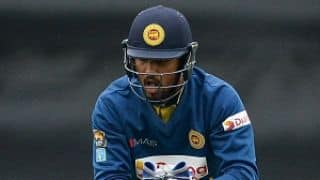