Ireland will play hosts to Sri Lanka in two warm-up matches after which Sri Lanka compete against England in 5 ODIs and a T20I.

Ireland will play hosts to Sri Lanka for 2 One-Day International (ODI) matches. The first one will be played at The Village in Dublin. Catch the live match updates and ball-by-ball commentary for the match on WatchEspn. Sri Lanka were comprehensively beaten 2-0 in the Tests prior to this series by England. They will head to play them again in 5 ODIs and a T20 match. Ireland on the other hand, are 12th on the ICC team ranking list. Under John Bracewell, they will be looking for a good season of ODI cricket as they get ready to face Sri Lanka and cause an upset. LIVE CRICKET SCORECARD: Ireland  vs  Sri Lanka , 1st ODI match at Dublin

Sri Lanka’s squad also includes Farveez Maharoof who is making a return to the ODI side after 4 years. They will be looking to have a good outing against the minnows – Ireland. A good, convincing win could give them some more confidence as well as serve the purpose of preparation before an important ODI series in England. Angelo Mathews will lead the side into the series as he will look to improve his side’s performance in the limited overs format. LIVE CRICKET UPDATES: Ireland vs Sri Lanka, First ODI at Dublin

Ireland, with William Porterfield as captain of the side, will look to come out stronger after a not-so impressive T20 World Cup in India. These two matches will give them a chance to get some exposure and they shopuld try to get the most out of it. Ireland will certainly miss Niall O’Brien who was ruled due to a calf strain. In the bowling department they will be counting on Boyd Rankin to give them wickets early. 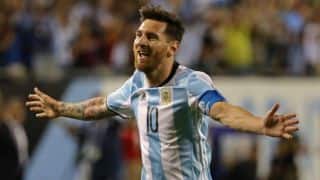 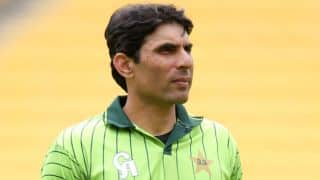