Minnows Ireland Women take on Sri Lanka Women in Super 10 Group A, Match 9 of the ongoing ICC Women’s World T20 2016, at the Punjab Cricket Association (PCA) Stadium in Mohali on Sunday. Ireland have been in woeful form, having suffered a massive defeat at the hand of New Zealand Women in the previous tie and would look to come up with a stellar performance in this tie to earn their opening points. However, Sri Lanka, who too suffered the same fate against the very same team, would aim for a similar result and earn their opening points in the table as well. LIVE CRICKET UPDATES: Ireland Women vs Sri Lanka Women, Match 9 Group B at Mohali

It will be the second match for both the sides in the event with Sri Lanka playing their opening match against New Zealand and Ireland playing against the same team as well. Both Sri Lanka and New Zealand are placed in Group A, which consisting of five teams each. Group A includes three time and current champions Australia, two-time runners up New Zealand, one-time semi-finalist South Africa, first time entrant Ireland and Sri Lanka. Sri Lanka’s best result in the World T20 has been sixth place in first and second edition of World T20 in round 1.

Both Ireland and Sri Lanka have faced each other twice with the latter winning both the matches, with one match being abandoned. Ireland is skippered by Isobel Joyce and Sri Lanka team being led by Shashikala Siriwardene. The Sri Lankan team are just coming from a 0-3 defeat in the last T20I series; they played against India in India. 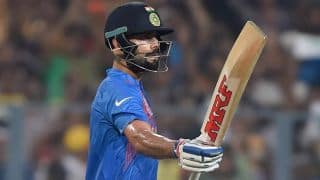 Virat Kohli: Score on the board helps me calculate better 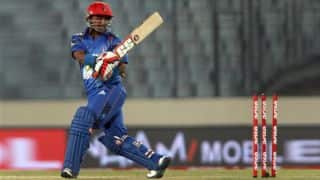