Alex Cusack has an impressive bowling average of 23.96 in ODIs.

Ireland’s bowling all-rounder Alex Cusack has finally decided to hang his boots and bid adieu to international cricket. The 34-year old right-hander said that he is facing fitness issues owing to his age. He also said that he is not getting enough time to spend time with his family. He added that that he was thinking to take a call for some time now but wanted to see Ireland through the qualifiers for the next World Cup. Having done that he thinks that it is right time for him to call it a day. The cricketer said that he feels obliged towards all those who supported him throughout his cricketing career, directly or indirectly. READ: Ireland announce squad for one-off ODI against Australia

In a conversation with cricketworld.com Cusack said, “I have been thinking about it seriously for a year, especially with the bad run of injuries I have suffered in recent times. Those injuries have taken a considerable toll on my body, and that’s the main reason why I’m calling it a day now. He further added,  “I’m also the father of three young children, and I feel I need to be around more for them.” Cusack phonated that he thinks that the team has enough talent to perform well in the World Cup.

“Its great to see the young guys coming through and I’m certain the team has a great future ahead. I’d like to thank all my team mates that I have played with over the years – it has been a great honour to play for Ireland with such a great bunch of lads and I wish them all the best in the years ahead.” Cusack also thanked all the members of the coaching staff for all the opportunities that they gave him to mature as a fine all-rounder right from the time he took to cricket. ALSO READ: ICC World Cup 2011: Kevin O’Brien’s unbelievable hundred helps Ireland stun England

He lauded the work of medical staff for having taken due care of his health. “I’ll always be truly grateful to Phil Simmons for giving me a chance and more recently John Bracewell, who has been great to me. Physio Kieran O’Reilly and S&C coach Brendan Connor have been inspirational in getting me back on the park and keeping me fit these past few seasons. I’d also like to say many thanks to all my friends and family, who have been superb with their support over the years, and lastly, to my wife Celine for her understanding and support during my Irish career.” Meanwhile, William Porterfield, captain of Ireland praised Cusack for all that he has contributed to Ireland’s cricket.

Porterfield extolled the bowling all-rounder and said, . “Alex has been a great servant and performer for Ireland for quite some time. Not only has he been such a consistent performer for us on the pitch, but he continued to set the example off it. He was ever the professional and I am sure that how he approached all aspects of the game has had a positive influence on the younger players within the squad.”

Cricket Ireland’s Performance Director Richard Holdsworth said,  “I would like to thank Alex for all that he has done over the years and to also wish him every success in his future career path. He had a remarkable ability to comeback stronger despite the spate of injuries throughout his career. This was the all-rounder’s biggest strength.”

“Whilst in recent years he has struggled with injuries, he has worked consistently hard in his rehab and fitness in order to be available for key events. Whilst it has of course been frustrating for Alex at times he has never moaned but just got on with his programme and been the model professional. Alex has contributed significantly to Ireland’s success over recent years and has shown what hard work and commitment can bring. All at Cricket Ireland wish Alex and his family the very best in his future career.” 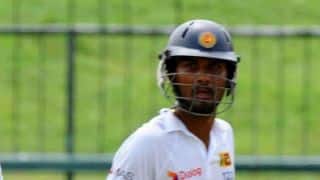 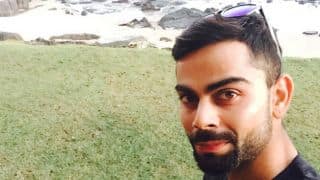 Photo: Virat Kohli relaxes by the beach after scoring century vs Sri Lanka in 1st Test at Galle