Despite restricting Afghanistan to a below-par total on Monday, Ireland failed to chase down the target to concede a 0-1 lead in the three-match series. After opting to bowl first in the first ODI in Belfast, the pace duo of Tim Murtagh and Boyd Rankin shared seven wickets between them as the visitors managed 227/9 in 50 overs.

However, Ireland continued to lose wickets regularly to be bowled out for 198 in 48.3 overs. They failed to build one big partnership that would have put them in the driving seat. On the other hand, Afghanistan lost their openers cheaply but then the pair of Gulbadin Naib (64) and Hashmatullah Shahidi (54) added 77 runs for the fourth wicket provide stability and build a platform for what turned out to be a winning total.

“A total like that was only one really good partnership [away], that would have sealed it for us,” Murtagh was quoted as saying by the ICC on Tuesday. “Unfortunately, we couldn’t do that. We needed one of those partnerships to kick on and someone to score 70 or 80 and other guys to play around him.”

Ireland, though, did well, to not allow Afghanistan batsmen from exploding despite the good work of middle-order batsmen. And the total they were left to chase wasn’t imposing by any standards and they did fancy their chances.

“They played pretty well in the middle, the two lads who got fifties looked like they were setting up a platform. We know they’ve got dangerous guys who can whack the ball at the death, but we held our nerve pretty well.

“It was a shame at halfway, we’d given ourselves a good chance. We started a bit slow in the field, but our bowlers, to claw it back and restrict them to 228 was a pretty good effort. We felt we were in the game at that stage and felt pretty confident. Obviously, it didn t go our way and it’s disappointing,” he said.

Murtagh praised the spin duo of Rashid Khan (2/41) and Mujeeb Ur Rahman (1/32) and said they proved to be the difference between the two sides.

“They’ve obviously got a world-class bowler in Rashid, and Mujeeb is probably not that far behind him. I think those two are the main difference between the teams. So as bowlers, we’ve got to help the batters out by restricting the opposition as much as we can,” the 37-year-old said.

Afghanistan captain Asghar Afghan praised his team for their fielding terming it as the main reason behind their win. “The first game is very important for any team. I would give credit to the fielders. We have not been finishing really well. We took some good catches and got a few run-outs. That was the main reason [for winning],” he said.

The second ODI of the three-match series will be played on August 29. 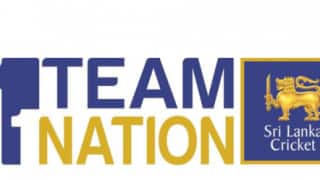 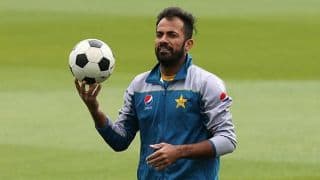