Delhi Daredevils might have lost their first two IPL 2013 games, but allrounder Irfan Pathan feels once they start playing to their potential, they would be hard to beat. Delhi Daredevils might have lost their first two IPL 2013 games, but allrounder Irfan Pathan feels once they start playing to their potential, they would be hard to beat.

“We made so many mistakes, but the good thing is despite these mistakes we came very close (to winning). Once we start playing proper cricket we are going to be a side to beat,” said Irfan on the eve of Delhi Daredevils’s match against Mumbai Indians at the Wankhede Stadium.

Irfan insisted that the Daredevils have enough time to get their act together.

“Any team to qualify (for the second stage) needs to win at least 9-10 matches. It’s still a long way to go in the tournament and we are very positive and hopeful.

“Inshallah (God willing), we will do like we did last year (qualified for last four). Hopefully the winning will start from tomorrow. That’s what we aim to do,” he said.

Virender Sehwag, who missed the first two matches due to back spasms, practised with the team today but Irfan said whether he will play against MI would be known only tomorrow.

Irfan said he bowled with a lot of rhythm in the previous game.

“It’s just a matter of bowling more and more. In the first game I bowled two overs and when I bowled four in the second, the rhythm was better. You need to keep bowling more in matches and not in nets after injury. Am feeling lot better after the second game,” he said.

He said while the team is missing the service of the likes of Kevin Pietersen and Jesse Ryder, it has opened up opportunities for the youngsters to make their mark.

“A lot of key players are not there but that gives lot of younger players an opportunity. Like in the last game Manpreet (Juneja) played very well. One of those younger guys will be a rising star for us in the tournament.”

Juneja scored 20 off 18 balls and was also involved in a 67-run partnership with opener David Warner, which helped the Daredevils come very close to the target in the end.

The left-hander was of the opinion that as the tournament progresses, big-scoring games were on the cards unlike at present when low scores are the order of the day.

“The bowlers are getting better. At the same time wickets have a little bit in it. It’s the start of the tournament but as the tournament goes you will see a lot of high scoring matches.

“Bowlers have adapted well. Sometimes sticking to basics is the best thing to do. Some of the bowlers you have seen have stuck to the basics (and have reaped rewards),” he emphasised. 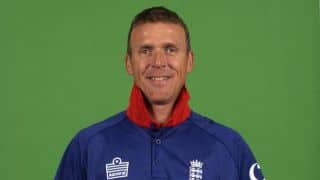