Irfan Pathan Opens up About His Biggest Regret, Says 'People Start Their Career at 27-28, Mine Ended at That Age'

Irfan Pathan Opens up About His Biggest Regret, Says 'People Start Their Career at 27-28, Mine Ended at Th

Pathan still doesn't know exactly why he was sidelined from the national side (Test format) after his match-winning performance against Australia at the WACA. 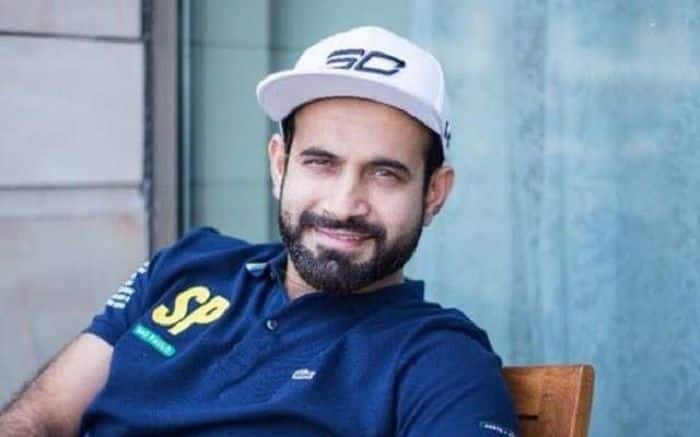 Once touted as the ‘next Kapil Dev’ or the best thing to happen for Indian cricket – Irfan Pathan‘s rise to stardom has been well-documented. Despite coming from a humble background, Irfan’s emergence on the international stage is a story which still inspires every aspiring cricketer in the country.

But despite all the hype and attention, Pathan’s career failed to fulfil its maximum potential and died a sudden death. On Saturday (January 4), the 35-year-old announced his retirement from all forms of international and domestic cricket. He finished with 2,821 runs and 301 wickets from 173 internationals across formats.

‘People start their career at 27-28, mine ended when I was 27 and that is the only regret,’ lamented Irfan Pathan after announcing his retirement from all forms of cricket on Saturday.

A 19-year-old Pathan made his India debut against Australia in 2003 and his last international appearance was during the 2012 World T20 in Sri Lanka.

“People start their career when they are 27-28 and then go on to play till 35. When I was 27, I had taken 301 international wickets, so that was it. That is the only regret I have,” said Pathan.

Over 300 wickets in international cricket ✅

We wish @IrfanPathan well as he retires from all forms of cricket. pic.twitter.com/tkhwt2YxWc

“I wish I would have played more and could have taken that tally to 500-600 wickets and scored more runs, but it did not happen,” he said.

“A 27-year-old Irfan Pathan, at the peak of his career, should have got more opportunities but it did not happen for whatever reasons. No complaints but looking back, there is regret.”

Pathan said in 2016 he got an idea that he would never get to play for India again. “I knew after 2016 that I am not going to make a comeback when I was the highest run scorer in Mushtaq Ali trophy. I was the best all-rounder and when I spoke to selectors, they were not very happy with my bowling.

“When you know they are not happy (things don’t happen). But after the 2016-17, I kept pushing myself. Some league offers came my way and I am glad I took it. It was J and K cricket, I was playing and mentoring and I am glad I did this for them,” said Pathan, who remains a mentor to the Jammu and Kashmir side.

Looking back at his India career, Pathan fondly recalled the moments when he delivered for the team. Playing against Pakistan brought the best out of him, whether it was the hat-trick in 2006 Karachi Test, a match-winning spell in the ODI series decider in Lahore or the man-of-the-match performance at the 2007 World T20 final in Johannesburg.

Not just competing against the arch-rivals, Pathan loved travelling to Pakistan, starting from his under-19 days when he picked up nine wickets, including a hat-trick, against Bangladesh in an Asian event in Lahore back in 2003. In his own words, it was the moment when he realised he could play at the highest level.

One of his best performances came on the tour of Pakistan in 2006 when Irfan became the second Indian after Harbhajan Singh to take a Test hat-trick, removing Salman Butt, Younis Khan and Mohammad Yusuf in the first over of the match held in Karachi.

However, India ended up losing that game in Karachi and that is why Pathan doesn’t like to boast about it much.

“It was a memorable event but personally I don’t speak about that hat-trick because we lost the match. I speak proudly about the matches in which I have even taken one wicket,” said Pathan.

“When I took the hat-trick, I didn’t know how big it was. That was in 2006, but people still talk today about it and they do because the way ball swung, it doesn’t swing like that every-day.”

Besides Pakistan, the Baroda-born cricketer loved the challenges of playing against Australia, a team against which he made his Test debut in 2003. His sensational spell of swing bowling in the Sydney Test of 2004 is still fresh in the memories of Indian cricket’s keen followers.

Due to injury and form issues, Pathan only ended up playing 29 Tests. Among his last three appearances was the man of the match performance in 2008 when he excelled both with bat and ball, helping India to a memorable win in Perth.

Pathan still doesn’t know exactly why he was sidelined from the longest format shortly after that performance at the WACA. “People talk about the Perth Test and if people know the whole stats, it was my second last Test (third last actually) and I was the Man of the Match and after that, I did not get the opportunity. Even in my last game against South Africa, I was playing as an all-rounder, I was batting at number seven,” he said.

“An all-rounder’s job is not to take wickets but to score runs as well. And I remember, being not out in both the innings. And after that I did not get selected for Test matches and I got a hint there, that something is going on which is not in my control and it is fair enough, it happens and you have to move on,” he recollected.

Pathan said he could have played more for India if he had the support system that the current players have.

“Like how the workload is managed for the Indian team. A lot of boys come, they don’t play good, but they are taken back. (Wridhiman) Saha is a big example, he did not play for a year, but was given a chance,” he said.

“If there was a support system, it would have been better. If everything could have been managed properly, I could have been able to manage my injuries better. I used to bowl and bat a lot and did not rest and then did not pay attention to injuries.” 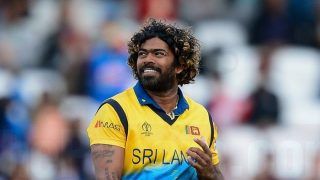 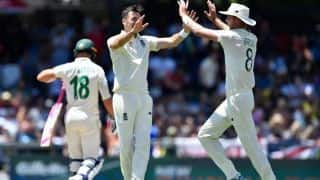