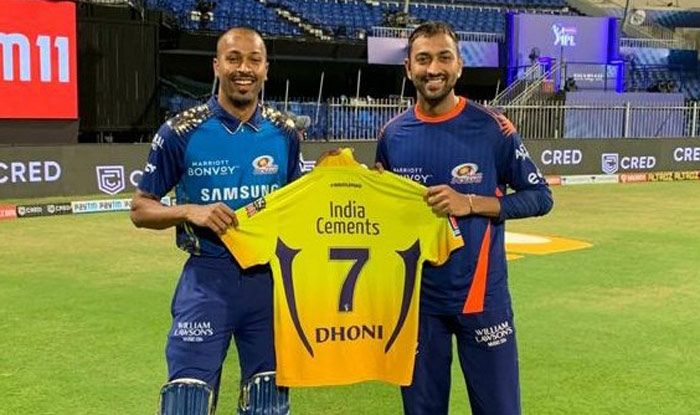 Is IPL 2020 going to be MS Dhoni’s final year as a professional cricketer? Is the Chennai Super Kings captain planning to retire once the ongoing season ends?

These are some of the questions worried fans have started asking after Dhoni, for a second straight match, gifted his match jersey to an opponent. On Friday night, after his team suffered a 10-wicket loss at the hands of Mumbai Indians, the official twitter handle of IPL posted a picture of Hardik Pandya with brother Krunal as the beaming duo posed with Dhoni’s jersey.

At the end of the day, Cricket Hamari Jaan. #Yellove #CSKvMI 🦁💛 pic.twitter.com/xBNDLGaWCg

While it’s hard to extrapolate about a simple act of a player gifting his match jersey, fans are speculating considering Dhoni’s history of dropping the retirement bomb when you least expect.

Is it your last season for @ChennaiIPL? @msdhoni #IPL2020 pic.twitter.com/Sf0HyiFgZk

I can see many players getting Autographed jerseys from #Dhoni this year. Is this his last year? #MSDhoni #CSKvsMI #Pandyas pic.twitter.com/IyDiwHG1V9

He memorably announced the end of his Test career during a regulation press conference a match, midway through India’s 2014-15 tour of Australia. And then on August 15 this year, he posted a video on his Instagram account which was a montage of iconic moments from his cricket career. It was posted with the caption announcing he was quitting limited-overs cricket as well. 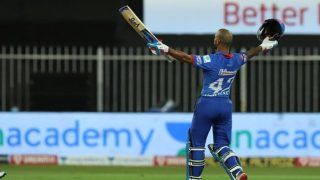 IPL 2020: Manjrekar Explains Why Dhawan Can be a More Sensible Choice as Role Model For Youngsters Than Kohli or Tendulkar