Indian cricketer Rohit Sharma, who has been having performing disastrously, is rumoured to be dating British-Indian Sofia Hayat. 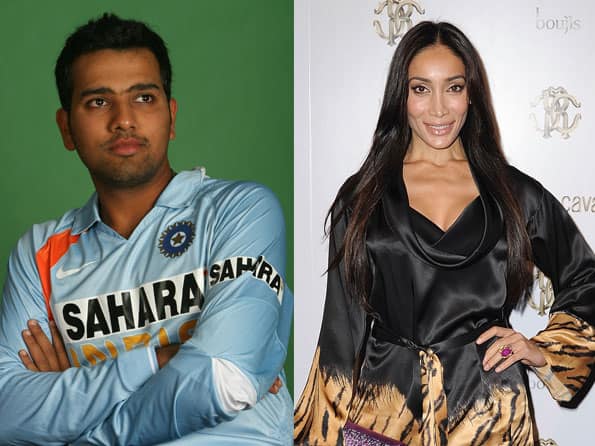 Indian cricketer Rohit Sharma, who had a disastrous Sri Lanka tour, is rumoured to be dating British-Indian Sofia Hayat.

The duo was seen entering a cafe in Mumbai recently.

“Apparently, the duo have been spending a lot of time together, partying and meeting up with friends and going out for coffee dates. Recently they were seen entering a hotel in Juhu for coffee. They later exited the place almost 5 hours after entering it,” a source was quoted as saying by MiD-DAY.

Hayat came to limelight on Zee TV, where she hosted a TV show for three years. She was last seen in the Diaries of A Butterfly and is said to be taking part in a reality show Superstud.

Hayat however brushed off and said, “We are just friends.”

Hayat was voted as the ‘Curvy Icon’ by VOGUE Italia this year.

A close friend of Hayat said,”Yes, they know each other very well and are very close friends. It will be best if they themselves comment about their relationship with each other.”