Gautam Gambhir was part of that game in which Virat Kohli played a magnificent knock.

Former India skipper and opener Gautam Gambhir has rated Virat Kohli’s 183 against Pakistan in the 2012 Asia Cup contest as one of the ‘greatest innings’ from the current India captain.

Chasing a mammoth 330, Kohli hit 183 off 148 deliveries, studded with 22 boundaries and a maximum, to help India to a six-wicket victory in Dhaka on March 18.

“Virat Kohli has played many unbelievable innings across the three formats, but this (183) is one of his greatest innings from all points of view,” said Gambhir on “Best of Asia Cup watch along” show on Star Sports.

After having chased 321 in 36.4 overs against Sri Lanka in Hobart three weeks ago — Kohli had scored an unbeaten 133 off 86 — India completed their highest successful ODI chase against Pakistan.

Led by Misbah-ul-Haq, Pakistan had a fine bowling attack — Umar Gul, Wahab Riaz, Aizaz Cheema, Saeed Ajmal, Shahid Afridi and Mohammed Hafeez. India tackled the threat of Ajmal and Hafeez by targeting the others. Kohli, Rohit Sharma (68) and Sachin Tendulkar (52) played eye-catching strokes. The shorter lengths of Wahab and Cheema were taken for runs, as was the spin of Shahid Afridi.

Kohli’s dominance was so complete that India crossed the finishing line with more than two overs to spare.

“According to me, I think probably this (183) is one of Virat Kohli’s greatest innings, honestly,” said Gambhir, who was part of India’s World Cup win at home in 2011. 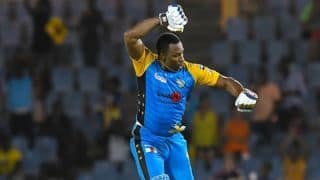