New Delhi: Former India fast bowler Ashish Nehra called Ishant Sharma the “least talented” among the current crop of pacers in the country, adding that the lanky bowler managed to play 60 plus Tests by virtue of his dedication and hard work.

“I am a big fan of Umesh Yadav — talentwise even though he has not fulfilled his true potential as to what he should have achieved by now. He is somewhat similar to me but my case was more to do with injuries. Varun Aaron and Bhuvi [Bhuvneshwar Kumar] are also talented.

“But Ishant Sharma, who has played 60 Test matches [62] is the least talented among them but one of the most hardworking guys around,” Nehra told PTI in an interview here today. Ishant Sharma: Will target Kumar Sangakkara during India-Sri Lanka Test series

“If Ishant has played so much and for so long, it is a testimony that talent alone can’t be the recipe for success. Talent can only take you till certain point but is nothing without hardwork,” said Nehra, who has played 120 ODIs, including two World Cups apart from 17 Tests, for India.

Asked if he found Ishant’s strike-rate (wicket per 11 overs) a bit too high, Nehra said, “Look, there is a perception about Ishant. I agree his strike-rate is on the higher side but in last one year, he has taken five-fors in New Zealand and England. So he is improving. Don’t forget, he is only 27 and has already played 62 Tests because he started at 18.

“We should not put undue pressure on him and start saying ‘drop Ishant Sharma and get someone new’. What will happen if he is dropped? Nothing will happen. BCCI should just ensure that a fast bowler is given enough time and confidence to settle down. Dropping a bowler after one bad series can’t be a solution. A new fast bowler would take at least two series to just settle down,” explained Nehra. India on top at stumps after Ishant Sharma burst on Day 2 India vs Sri Lanka President XI, India tour of Sri Lanka 2015

“I always give Ntini’s example to youngsters. Nitini was never the greatest of talents but hardwork and fitness helped him reach close to 400 Test wickets [390 in 101 Tests].”

In his prime, Nehra regularly bowled at 140s but for him it’s not the be-all and end-all of fast bowling. Ishant Sharma demolishes Sri Lanka Board President’s XI: Twitter reactions

“It’s not true that a 130 kmph bowler is inferior to a 140 kmph bowler or otherway round. Choice of bowlers is dependant on pitch conditions, weather and a host of other things. If 140 kmph would have been everything, Umesh or Varun would not have ever been criticised.”

Nehra also spoke at length about a bowler’s relationship with his captain.

“Look the bottomline is, if you are bowling well, then you need nobody for help. But there will be times when even if you keep a deep point, the batsman will still hammer you. Then you have no option but to listen to your captain and bowl as per the field set by him. Michael Clarke was a great captain till last Ashes and today Alastair Cook has suddenly become a great captain,” a smiling Nehra said with a tinge of sarcasm. Ishant Sharma takes 5 wickets in 21 balls against Sri Lanka Board President XI

“If you look at history of fast bowler-captain relationships — for example Sunil Gavaskar–Kapil Dev or Mohammed Azharuddin–Javagal Srinath, that has always been the case. When the going is good, nothing matters. Everything comes out when the performance level dips,” said Nehra.

Nehra also had a lot of praise for how Mahendra Singh Dhoni marshalled his resources.

“Mahi had an exact idea about the limitations of his bowlers. He exactly knew what a particular guy is capable of and that’s what made him a good captain.” Ishant Sharma can improve if he works harder in nets: Courtney Walsh

“He [Dhoni] would let the bowler do his bit and if it did not work, he would just tell you that “Let’s try this.” Chennai Super Kings is a nice bunch of boys that I played with. Wish I can again play with such a bunch,” concluded Nehra. 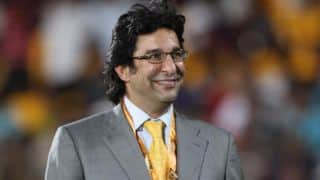 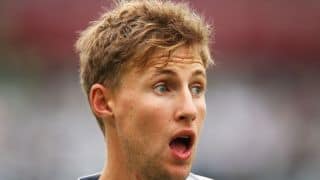