Ishant is focussed on putting in the hard yards simply because of the results it eventually brings. 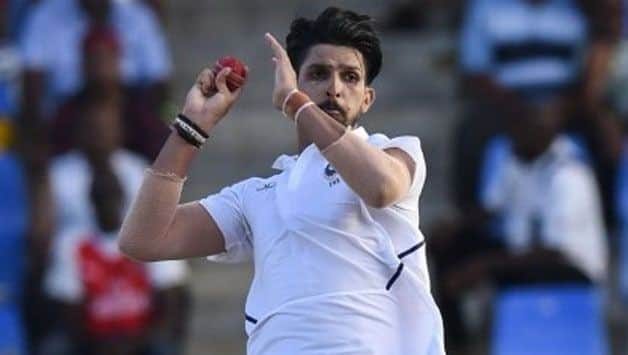 At 31, India fast bowler Ishant Sharma has shown no signs of slowing down. On the contrary, he has turned a new leaf and all by all means become India’s new leader with the ball in Tests more so in the absence of Jasprit Bumah.

However, gearing up to be given the tag of an ‘Impact Player’ was no easy task. In an interview with ESPNCricinfo’s Cricket Monthly, Ishant highlighted that hardwork, sacrifice and an honest work ethic are some principles he religiously follows.

“I have cut down on a lot of things. For example, straight after returning from the Caribbean recently, I had the opportunity to relax for a week or ten days before resuming training.

“Earlier after returning from any tour I would take it easy for a while, but this time I did not do that. The jet-lag was there, but I have become disciplined with my lifestyle. Yes, I want to spend time with my family, but my wife works, my parents have their own schedule,” he said.

“So instead of just staying home, doing nothing, I went running for a bit, I went to the gym. Because for a fast bowler his body is everything. Also, I have cut down a lot on what I eat. At least twice a month my mom makes aloo ki kachori, which is deep-fried.

“It is very tempting, but I do not eat. She will make kheer, but I will not eat. My parents complain I don’t eat what they want me to. They think you need to eat ghee, drink milk, eat parathas with ghee to get strong. But I have given all that up.”

“Bowling 138-140 kph for so long after so many years is not easy. It is because of the fitness. If I don’t to the gym, I feel empty, as if I have done nothing.”

Ishant is focussed on putting in the hard yards simply because of the results it eventually brings.

Last year Ishant was going through a rough patch and he turned to his domestic team Delhi to fine tune his techniques.

“Delhi made me the captain. After that, things started changing. I had added responsibilities. I began to feel like I am the only one who can take wickets and who can win games for Delhi. Since then I have been playing with the same kind of mindset.

“In my first Ranji Trophy match as captain, against Assam, I took a five-for. Then I was selected in the Test squad against Sri Lanka. I played Ranji – again I got wickets [11 in two matches]. Then I played the Nagpur Test and things have been going well since then.

“I just want to take wickets. As long as wickets are coming, I am happy. I know what I am doing and why. I keep things very simple. Why I am here in the team?

“If you have played 90 Tests or 140 Tests or only ten – why are you here? I am here to take wickets, score as many runs as possible and help the team win the game.” 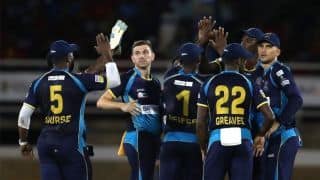