Rohit Sharma's excellent form in ODIs earned him a place in the Indian Test squad but pacer Zaheer Khan was ignored when the selectors chose the team for Sachin Tendulkar's farewell series against the West Indies starting November 6. 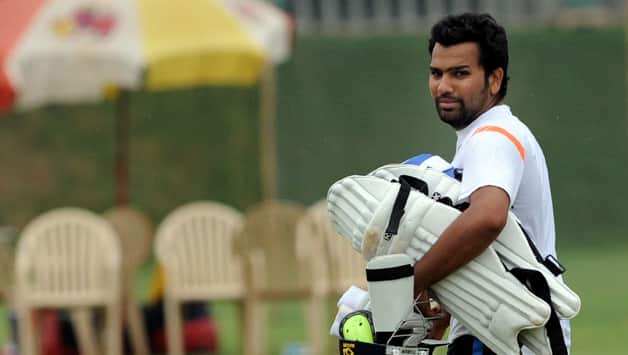 Rohit Sharma’s excellent form in ODIs earned him a place in the Indian Test squad but pacer Zaheer Khan was ignored when the selectors chose the team for Sachin Tendulkar’s farewell series against the West Indies starting November 6.

The 26-year-old Sharma, who has now cemented his place in the ODI team having played 107 of them, was rewarded for his consistent performance by being the new inclusion in the batting line-up for the two-match series to be held in Kolkata (November 6 to 10) and Mumbai (November 14 to 18).

While the struggling Ishant Sharma retained his place, senior pacer Zaheer Khan was overlooked along with a host of other seniors such as batsmen Virender Sehwag, Gautam Gambhir, all-rounder Yuvraj Singh and off-spinner Harbhajan Singh.

The team also had no place for Suresh Raina while paceman Umesh Yadav has been recalled into the squad, which has Mahendra Singh Dhoni as the captain.

Ishant, who has been taken to cleaners in the ODI series against Australia, has come in for scathing criticism due to his poor form and was even dropped from the last two matches of the ongoing series.

Zaheer, on the other hand, had made a case for his selection by picking up five wickets in Mumbai’s Ranji Trophy opener against Haryana but the selectors thought otherwise and decided to stick to Ishant. The 35-year-old Zaheer has been out of the Test team since December last year owing to fitness and form issues.

All-rounder Ravindra Jadeja has been forced out due to a shoulder strain.

“Ravindra Jadeja has a shoulder strain. The physiotherapist of the Indian team has advised two weeks’ rest for him, after the end of the ODI series against Australia, as a precautionary measure,” BCCI Secretary Sanjay Patel said in a statement after the selection committee meeting.

Umesh Yadav, who had been rested after the tri-series in the West Indies, made his way back to the side. Also there was young pacer Mohammed Shami and Bhuvneshwar Kumar, who was retained from the previous squad.

Harbhajan was ignored despite picking up an impressive nine wickets in Punjab’s opening Ranji match against Tamil Nadu. The spin attack will be spearheaded by Ravichandran Ashwin with Pragyan Ojha and Mishra backing him up.

The spotlight will, however, firmly be on Tendulkar, who would be completing 200 Tests in international cricket before drawing the curtains on his career. 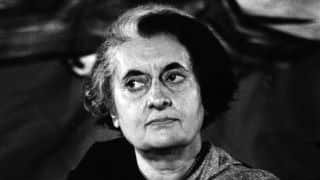