Ishant Sharma cited fatigue as the reason for his pull-out.

Delhi will open their campaign against Jammu and Kashmir (J&K) at the Feroze Shah Kotla ground on Thursday and will play the formidable Punjab side in their second game on March 1. Ishant will be missing both the matches.

“Ishant has just come back from New Zealand. He has bowled a lot of overs and had asked us for rest. That’s why the team management has decided to give him rest for the first couple of games. That’s why, he is not even training currently,” Delhi’s chief coach Sanjeev Sharma told PTI on Tuesday.

Ishant has bowled 96 overs in two Test matches in New Zealand where he took 15 wickets including two six-wicket hauls. He was good in patches but overall very inconsistent.

He bowled 62 overs in the second Test including 45 overs of wicketless bowling in the second innings when Brendon McCullum and BJ Watling took the game away from India.

“We expect him to play in the match against Himachal Pradesh,” Sharma said about the bowler who has taken 164 wickets from 55 Test matches.

The other senior players like skipper Gautam Gambhir, Virender Sehwag and Ashish Nehra however went through the paces as it will be the start of some serious match practice before Indian Premier League (IPL) kicks off in another 6-7 weeks’ time. 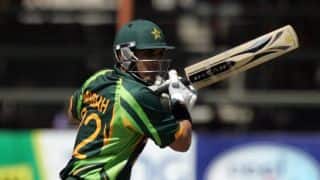 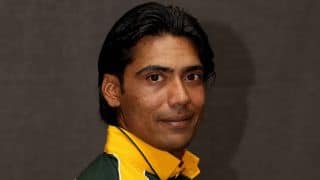