Ishant Sharma bowled during the India nets session on Tuesday and looks on track as he recovers from an ankle injury sustained during England tour.

Ishant Sharma bowled during the India nets session on Tuesday as he recovers from an ankle injury sustained on the fourth morning of the fifth and final Test against England in September.

BCCI posted a video of the India pacer bowling during the nets organised for the India ODI squad gearing up for their second match against West Indies on Wednesday. The tweet said the right-arm pacer is progressing well.

Look who is here. Say hello to @ImIshant. His recovey is on track and he is progressing well. #TeamIndia pic.twitter.com/PJSMBu9oIj

Ishant was one of the standout performers for India from the England tour where he picked 18 wickets from five Tests.

Unfortunately, his tour ended on the penultimate morning of the Oval Test as he hobbled off the ground. Since then, the 30-year-old has been working hard to regain full fitness. As per PTI, he bowled for about half-an-hour at his India teammates after a warm-up session at the Dr YS Rajasekhara Reddy ACA-VDCA stadium.

India next travel to Australia where apart from T20I and ODI series, they will also be play a four-Test series. In 87 Tests, Ishant has taken 256 wickets at an average of 34.73. In Australia, Ishant has played 10 Tests in which he has taken 20 wickets. Ishant had recently posted a picture of him training in gym.

…love doing this Leg Press workout as it not only rocks your quadriceps, hamstrings & glutes but also your core! pic.twitter.com/oK81LN2LOq 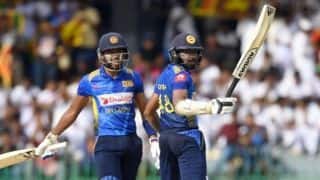 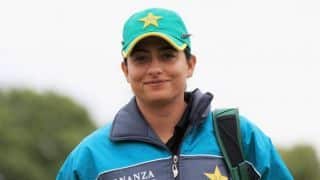