India s fast bowler Ishant Sharma has revealed that he will be undergoing ankle surgery after Australian tour early next year. 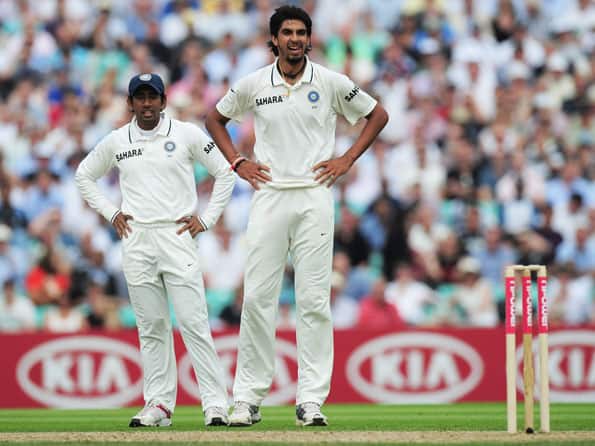 India s fast bowler Ishant Sharma has revealed that he will be undergoing ankle surgery after Australian tour early next year.

“I am going to the National Cricket Academy in Bangalore, where I’ll stay for a week or 10 days to undergo rehab and seek a proper schedule. At the moment, I’ve been told to do strengthening exercises.”

Speaking about injury, Ishant said, “I have a ligament tear in my left foot, and there is also a bone impingement in my left ankle. Surgery is the only way out. But if I undergo that now, my foot will be in plaster for about three months and the rehabilitation in all could take about 6-8 months.”

When asked whether Zaheer Khan s absence hurt India s morale in the entire Test series, the lanky pacer said the result would have been different in the senior left-hand bowler’s presence. But he added that the rest of the bowlers did a commendable job in Zaheer’s absence.

He said, “No, you can’t say our morale went down. We were always in the game.

“But yeah, if a bowler with 10 years of experience isn’t there, it affects the performance. We had England on the ropes in the second innings at Lord’s, and if Zaheer was there and had taken a couple of wickets, the result could have been different.”

Ishant was reluctant to accept the criticism that Indian bowlers bowled too short throughout the Test series.

“Pitching the ball up isn’t always the solution. I beat Kevin Pietersen (with a snorter dropped short of a length) and had him caught behind to have England reeling in 2nd innings at Lord’s. It was a wicket I cherish a lot.” said Ishant.

“That happens to every cricketer. You can’t always have good times and good form. I was struggling then but now that I am back, I want to make the best use of it,” he added.